Despite emigration and drop in net wealth, over-50s ‘satisfied’ with quality of life 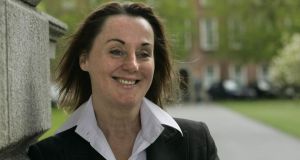 Prof Rose Anne Kenny said the rate of emigration revealed in the latest second major report by of the I rish Longitudinal Study on Ageing , represented a “remarkable outflow” when compared with international standards. Photographer: Dara Mac Dónaill

One in every 20 children of those over 50 in Ireland has emigrated over the past four years, the study has found.

About 5 per cent of children living in Ireland during the first interviews emigrated before the second round of interviews in 2012/2013.

In terms of quality of life among the over-50s, gross income levels remained the same over the four-year period of the study, but total net assets fell from €255,000 to €213,000. This drop is “largely” attributed to a reduction in the value of property.

Of the over-50s out of work during the first round of interviews, just one in five had re-entered the labour market by the second round. Some 49 per cent remained unemployed, 14 per cent retired, 19 per cent regained employment, 7 per cent were permanently sick or disabled, while 8 per cent said looking after home or family was their main labour market status.

The over-50s “enjoy high levels of satisfaction with their quality of life into late old age, and those with strong social networks and relationships have higher quality of life than those less socially active”.

Minister for Health Dr James Reilly said he was “encouraged” by some of the findings, “particularly those that show, in general, the over-50s enjoy a good quality of life”.