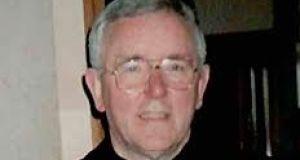 Parishioners in south county Dublin have expressed anger at how the Salvatorian congregation handled a church report which severely criticised how it dealt with an abuser priest.

The religious congregation’s response has been described as an insult to Sallynoggin parishioners.

A report by the Catholic Church’s child protection watchdog, the National Board for Safeguarding Children, earlier this month looked at the case of former Sallynoggin parish priest Fr Paddy McDonagh. It found he was allowed contact with children for at least two years after allegations of child abuse were first made against him in 2002. His superiors moved him to Rome and no one was told.

Fr McDonagh had been in Sallynoggin parish since 1989 where the Salvatorians had ministered from 1982. The Salvatorians, who are based in Harrow in England, have since left Sallynoggin, their only parish in Ireland.

Sallynoggin parishioner Anne Walsh has written to Salvatorian provincial superior Fr Alex McAllister to express “great shock and dismay” at the report and how it was handled by the congregation.

She described the generic statement circulated to Sallynoggin by the Salvatorians following publication of the board’s report as “shallow, lukewarm and insincere”. It was, she said, “an absolute insult”.

The statement does not identify Fr McDonagh, describing him only as “Father A”, and makes no reference to Sallynoggin parish. She said it was “disrespectful also to our parish administrator and to parishioners of long standing”.

“Worse still was the fact that no senior Salvatorian saw fit to come personally to deliver the actual apology and to address the people” where Fr McDonagh “had his longest tenure”.

Instead, it was left to “our own good and courageous Fr Pádraig [Gleeson]” who “had first to deliver his own open and honest address to his parishioners with regard to the report, your letter of apology and the relevant media reports. He spoke at all five Masses. He was brave, open and very honest.”

It seemed “to those present that the Salvatorians had once again, run for cover”, she said.

A congregation spokesman told The Irish Times that although the Salvatorian province was based in Britain and had just one parish in Ireland, it invited the board to review its child protection practices.

“We were not required to do so,” he said. He agreed it was because of the Fr McDonagh case.

Things had changed a lot where the vast majority of members of the Salvatorian congregation were concerned, he said.