Customers told this was ‘a senior management decision’ 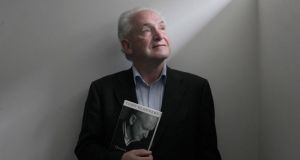 A new book by Redemptorish priest Fr Tony Flannery, who was silenced and removed from public ministry by the Vatican last year, is not available in Veritas bookshops. Owned by the Irish Catholic Bishops Conference, there are 11 such bookshops in Ireland.

Fr Flannery’s book A Question of Conscience was published in Dublin last night and details his dealings with the Vatican last year.

Contacted by The Irish Times yesterday about availabity of the book in its shops, a Veritas spokeman said he believed there was an issue the publishers, Londubh Books. He asked that questions be emailed to him and said these would be forwarded to senior managers who were on a trip to the US. As of last night, there was no response to the questions.

A spokeswoman for Londubh Books said they were unaware of any “issue” referred to by the Veritas spokesman. There was “no dispute,” she said.

Speaking after the launch of his book last night Fr Flannery said all he knew of the matter is that he had been contacted by people who visited Veritas bookshops in Dublin and Cork. They were told Veritas “will not be stocking it” (the book) and that this was “ a senior management’ decision.”

AQuestion of Conscience was launched by broadcaster Bill O’Herlihy. Speaking to the large attendance, he described himself as “a committed Catholic who tries to live according to the rules.” He attends Mass every week and, when possible, every day, he said.He was “shocked” by the Vatican’s treatment “of this good priest.” Fr Flannery had been disciplined “for articulating views expressed by moral theologians and scholars down the years.”

He had “suffered greatly for his conscience.” The Vatican’s treatment of him “flouts all human rights,” he said.

Fr Flannery referred to the other silenced priests present, Fr Brian D’Arcy, Fr Gerard Moloney, Fr Iggy O’Donovan, but said that no matter how he and they had suffered “the way Seán Fagan (a silenced Marist priest) has been treated is utterly disgraceful.”