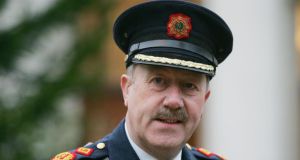 Garda Commissioner Martin Callinan: “It is a matter of regret to me that people did not receive the appropriate attention and action from the Garda Síochána to which they were entitled.”

At the weekend, Commissioner Callinan said he had “examined chapter 20 of the Murphy Report and all matters in relation to both serving and retired members had been fully examined and a file was submitted to the DPP who directed no prosecution. None of the gardaí criticised in the report are now serving.

“It is a matter of regret to me that people did not receive the appropriate attention and action from the Garda Síochána to which they were entitled. The policies and structures now in place are very much victim-focused and designed to ensure that no one has a similar experience today.”

Chapter 20, which was published in its entirety last Friday, dealt with the abuse of boys in Dublin by former priest Patrick McCabe (77). It had been withheld from publication pending the outcome of court proceedings against him.

It concluded that: “The connivance by the gardaí in effectively stifling one complaint and failing to investigate another, and in allowing Fr McCabe to leave the country is shocking. It is noteworthy that the commission would not have been aware of the Garda activity in question were it not for the information contained in the Church files.”

It found that no notes or files were available following McCabe’s interview by gardaí in connection with a 1986 allegation. McCabe was accompanied to the interview by a friend, a retired local Garda sergeant. That evening McCabe visited Chief Superintendent Joe McGovern at his home, where he made “certain limited admissions”. He had been staying in a house belonging to the chief superintendent. The chief superintendent brought these “admissions” to the local parish priest rather than gardaí. Copies of the abused boy’s statement were made available to church authorities.

The Murphy report said that “even though the gardaí knew that Fr McCabe intended to return to the USA, no warrant was sought for his arrest.”

Blackmail
It also recalled that in 1987 a boy went back to the headmaster of the school he attended when abused by McCabe in the late 1970s. A formal complaint was made to the archdiocese about this in 1977. In 1987, the then young man also alleged he had been abused by the priest/headmaster at the school in 1977, when he first reported McCabe to him. This latter priest was convicted years later on sex assault charges against boys at the school.

When the young man threatened to go public in 1987 a complaint of blackmail was made to gardaí. As the Murphy report put it: “The complaint of blackmail by a member of a religious order against a young man who had been abused led to a most exhaustive and comprehensive Garda investigation. It included telephone taps and detailed Garda comment on the young man and his antecedents, some of which in the (Murphy) Commission’s view, were scurrilous.”

A file was sent to the DPP “with a strong Garda recommendation that the young man be prosecuted for blackmail. Interest in the progress of this file extended to the top echelons of the Garda including the Commissioner’s office.”

The DPP directed there be no prosecution. It was then gardaí began to investigate the young man’s original complaint. McCabe pleaded guilty in connection with this case last March.