Church leaders call on electorate to question candidates on abortion 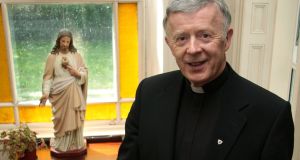 Archbishop Michael Neary invited voters ‘to ask their constituency candidates whether or not they support the sacredness of every human life’.

Proposals by general election candidates to remove the Eight Amendment to the Constitution were “simplistic” and “an affront,” the Catholic Archbishop of Tuam Michael Neary has said.

The Eight Amendment guarantees to protect in law the equal right to life of the mother and the unborn.

The Catholic Bishop of Elphin, Kevin Doran, has said he would “find it very difficult to see how any Catholic could, in good conscience, vote for a candidate or a political party whose policy it is to legalise abortion”.

He said “we need to convince our politicians of the importance of supporting and promoting a culture of life that recognises the unique value of every human person, and we need to actively support those who do,” he said.

Archbishop Neary invited voters “to ask their constituency candidates whether or not they support the sacredness of every human life, and to provide clarification about defending the weak and those who are easy to otherwise dismiss, and whose constitutional protection is now at risk.”

At this time “we have a crucial responsibility to our future generations. Permitting abortion in difficult cases is like pulling a loose thread in a garment. There may be no definitive point at which the unravelling can be stopped,” he said.

He continued that “regrettably, some of those standing for election have declared their intention to work to remove this protection from our Constitution and laws. This simplistic approach to the most significant of issues is not only an outright attack on the unborn, but an affront to the charter of human rights enshrined in Ireland’s basic law.”

If an unborn child had a life-limiting condition “it would be inhumane to withdraw the protection of the Constitution to their right to life. In this most significant of centenary years it is more pressing than ever ‘to cherish all the children of the nation equally’ whether unborn or born, and irrespective of a child’s health status.”

This was “not an exclusively ‘Catholic issue’,” he said. Permitting abortion “in difficult cases is like pulling a loose thread in a garment. There may be no definitive point at which the unravelling can be stopped,” he said.

Bishop Doran called on the next government “to prioritise the resourcing of organisations such as Accord that work with families to prevent relationship breakdown. Previous cuts in this area have been detrimental to the wellbeing of families and should be reversed.”

He said it was “not acceptable that people who are seriously ill or frail due to old age have to spend hours and even days on trollies in overcrowded emergency rooms” and that “this problem needs to be tackled urgently, in a systematic and coherent way.”

Concluding a lengthy statement, in which he also addressed the refugee and homelessness crises, he asked for prayers for politicians. “They work long hours, they sacrifice their own privacy and that of their family and, in return, they have relatively little job security.”

There would be “some candidates with whose policies we might vehemently disagree and for whom we might never consider voting, but while asking them the hard questions, we treat them with respect, because that is what Christians do.”

He wondered how many people “pray for our politicians, on a daily basis. Perhaps we should.”