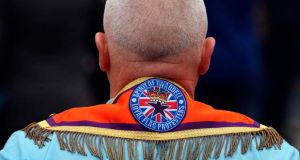 The problems currently facing the Orange institution in Northern Ireland are nothing new. Indeed if anything it is a replay of the conflicts of the recent past like Drumcree.

The development of “political unionism” to include not just the fragmented unionist parties, but also those associated with loyalist paramilitaries, is for many traditional Orangemen and unionists a bitter pill to swallow. It was after all not just the IRA who murdered Protestants, but also the UDA and the UVF.

They were nothing to do with the Parades Commission determination on Ardoyne, but that obviously was the excuse for a stage-managed walkout. This looks like a replay of the opposition to the Anglo-Irish Agreement of 1984, when unionist MPs resigned their seats and local councillors embarked on a graduated response of protest.

The protests, many of which were violent, achieved nothing and neither the British nor Irish governments capitulated.

As Winston Churchill once put it: “To jaw-jaw is always better than to war-war.” So it was not until David Trimble and the Ulster Unionists went to the table and negotiated the Belfast Agreement of 1998 that the Anglo-Irish Agreement was set aside.

The Ardoyne/Twaddell fiasco is a repetition of the failed tactics of the past. with no thought-through strategy.

It is the sight of those associated with loyalist paramilitaries standing on Orange platforms and often addressing Orange gatherings that many find offensive. One wonders what the families of those Orangemen who have been murdered by the UDA and UVF think of this recent turn of events.

Both Orange and unionist leaders must recognise that the dirty war is over – we all lost something but the constitutional position is safe, provided we make it a place for everyone. It was the first prime minister of Northern Ireland, Lord Craigavon, who said in 1922: “If Northern Ireland ever comes to an end, it will be because the Protestants started fighting the British.”

The parading issue must be addressed by those who parade. The Twaddell camp should be removed immediately as it serves no useful purpose, other than to poke the “other side” in the eye and use up vital police resources.

The loyal orders must adhere strictly to the determinations of the Parades Commission. In 2013 the commission set out a “route map” for the future and invited the loyal orders to make a choice.

It made it clear that: “The Parades Commission will support/facilitate sincere and concerted mediation,” which “should start by September 2013 and must be substantive and meaningful.

“In the event of the loyal orders respecting this determination and in the event of sustained and sincere dialogue, we expect that any future commission will look favourably upon a notification for a similar evening return parade on the 12 July 2014.”

The message of the Parades Commission was quite clear. The decision of 2013 was for that year only and any future notifications would be determined on the response to this (2013) determination. Had they not chosen to ignore it, there would be a different situation today.

Parading should be conducted in a manner that reflects the Christian ethos of an organisation that is “Christ-centred, Bible-based, church-grounded”. There should be no paramilitary bands or trappings and bad behaviour must be punished swiftly.