Putting Dublin's homeless in the picture 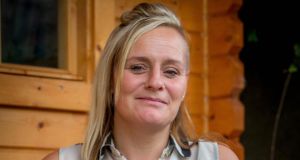 Mandy, photographed for the homeless exhibition by David Cantwell for DaisyHouse 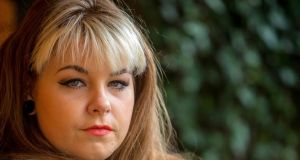 Elayne, photographed for the homeless exhibition by David Cantwell for DaisyHouse 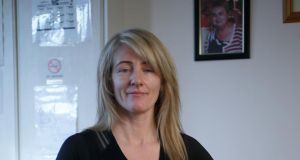 Olivia, photographed for the homeless exhibition by David Cantwell for DaisyHouse

Look up the term “homeless in Dublin” and Google images will return photographs of people begging on O’Connell Bridge, sleeping in doorways, wrapped up in sleeping bags. So when photographer David Cantwell was asked to take portraits of some of the residents of Daisyhouse, he wanted to show a less despondent side of homelessness.

Daisyhouse has provided secure, supported accommodation to homeless people for more than 25 years. Located near the Grand Canal in Dublin 8’s Portobello, it caters predominantly for women, the majority of whom have experienced domestic or sexual abuse.

“The ultimate goal is to get them back on their feet,” says Orla Gilroy, the facility’s chief executive. To qualify for a place, applicants must register as homeless with Dublin City Council and show they’ve been off drugs, including methadone, for six months.

If individuals prove they are willing to put in the effort to get off the street, Daisyhouse will help them with training, further education and finding work. There are 15 places at the Portobello address and the home also provides 12 apartments which residents can rent at a nominal fee. The idea is that eventually the women will have the confidence to live and work independently.

“It really prepares them for a new life after the terrible life that they’ve had,” Cantwell says. “They are no longer in the depths of the worst parts of their lives. They’ve come through it and made a success of who they are and found out who they are.”

Cantwell has photographed subjects such as Bill Clinton and David Rockefeller, but he had never taken on a project like this. One of the challenges, he says, was capturing the range of conflicting emotions in his subjects.

“One of the women was about to go out to an apartment on her own when I was photographing her,” he says from his studio in north Dublin.

“She was very excited but very nervous about taking that step because suddenly you’re out there, fending for yourself with all the dangers of that in inner city Dublin. But she still knows that Daisyhouse is there so she can come back to the girls she lived with and their support system.”

Some of his other subjects were relieved just to be out of the cycle of homelessness and abuse and in a situation where they had some control over their lives.

“One of the girls was very extroverted, very over-confident,” Cantwell says. “She was just after going through years of abuse and she’s now separated from the partner who was giving her the hard time. She’s found herself and she’s not downtrodden any more.”

For all that, Cantwell says it was important not to paint too rosy a picture. He didn’t want to create the impression that these people had escaped homelessness and were now all of a sudden blissfully happy.

Gilroy says 90 per cent of Daisyhouse residents are survivors of domestic violence and 50 per cent have suffered sexual violence and sexual abuse. Many struggled with drug addiction, others have attempted suicide multiple times.

“When I was photographing them I deliberately spent 10 or 15 minutes with them beforehand, just chatting to them,” Cantwell says. “I wanted to get their personalities out. It’s not all about smiling to the camera. If you’re in a bad place, you get that across.”

Cantwell photographed 10 residents of Daisyhouse for the shoot, aged from 18 to 60. He said the experience reminded him how anyone can could be vulnerable to homelessness. “Things happen in your life, things can take a turn and you can go one way or the other. Very successful people with businesses and wives and husbands – things can happen and you can lose it all and end up on the street if you don’t have a structure, be it friends or family.