Politicians should ‘get on with’ legislating for X case, says One Family chief executive 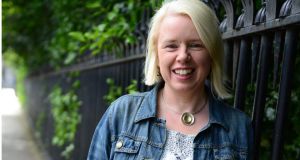 One Family chief executive Karen Kiernan said it was “unacceptable that legislators haven’t, up to this point, legislated for the X case and now they really need to get on with it and then they need to look at supporting children and families”. Photograph: Bryan O’Brien

Politicians “need to get on with” legislating for the X case so they can get back to the real work of focusing on children and families in need, the head of an organisation that provides support to one-parent families has said.

One Family chief executive Karen Kiernan said it was “unacceptable that legislators haven’t, up to this point, legislated for the X case and now they really need to get on with it and then they need to look at supporting children and families”.

Ms Kiernan was talking yesterday after the launch of the organisation’s annual review for 2012. The figures showed that demand for its services had increased by 5 per cent last year.

The increase in demand comes in the wake of a 20 per cent reduction in Government funding to the organisation since 2009.

“As the debate goes on and on about this extraordinarily restricted legislation for abortion, the work is not necessarily being done around real families . . .

“There is just a huge amount of need and I don’t think some of our legislators are aware . . . of what people are having to deal with.

“Poverty levels have increased, Budget 2012 hit poor one-parent families very hard, more people are separating due to financial stresses and resources are not getting to some very vulnerable families who need help.”

‘Not good enough’
Maura O’Dea Richards, a founding member of the organisation, which was called Cherish at the time of its establishment in 1972, said that much had changed for the better in the past 40 years but that the wording of the Constitution had not changed, something she said “was not good enough in 2013”.

Ms Kiernan said the organisation had contacted the constitutional convention, political parties and other organisations as part of its ongoing campaign to alter the wording of the Constitution to widen the definition of the family.

‘Discriminatory’
She described the Constitution as it is currently worded as “discriminatory” and a “huge issue” for many families.

“There is a huge desire to have the definition of family in the Constitution expanded, and that will have to be done because families are becoming more diverse,” Ms Kiernan said.

In evidence, she pointed to one-parent families, cohabiting and same-sex couples with children, separated and divorced families and children within foster care and residential care.