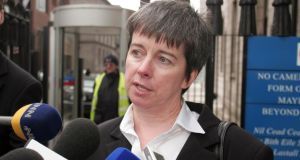 Louise O’Keeffe: won a landmark legal challenge against the Irish State this week

Louise O’Keeffe has accepted an apology made by Taoiseach Enda Kenny for the abuse she experienced as a schoogirl, and has called on the Government to act quickly to protect other victims like her.

Ms O’Keeffe won a landmark legal challenge against the State this week after the European Court of Human Rights ruled that the Government failed to protect her from sexual abuse she suffered in school in Cork.

Speaking at the launch of the new Child and Family Agency today, Mr Kenny said what happened to Ms O’Keeffe was sadly indicative of a long litany of other child abuse cases.

“And for that reason, I just think that while this judgment is exceptionally complex and will be studied by Government, I would like to say to Louise O’Keeffe that I apologise for what happened to her in the location she was in and the horrendous experience she had to go through.”

Speaking on RTÉ Radio this lunchtime, Ms O’Keeffe said she appreciated the Taoiseach’s apology, and that it was done quickly.

“It has been a difficult time. If I had received an apology like that 15 and a half years ago, I would not have been the High Court or the Supreme Court or the European Court,” she said.

When asked if she understood why the State fought the case, Ms O’Keeffe said she couldn’t.

“I was an eight-year-old child, abused. A complaint had been made, it wasn’t acted on. If it had been acted on, I would have had a safe childhood. Wrong was done. I think hands should have been held up.”

She appealed to the Government to act quickly to introduce legislation to protect others like her who suffered sexual abuse in school.

“Please don’t leave it go on for months and years. It is crucial. Please act on it,” she said.

Tánaiste Eamon Gilmore joined with the Taoiseach in apologising for the way the State treated Ms O’Keeffe and put the apology on the record of the Dáil.

Mr Gilmore said: “I admire Louise O’Keeffe and I join with the Taoiseach in apologising to her for what happened in that school, for the horrendous experience that she had to go through”.

Mr Gilmore however, stopped short of apologising to all school victims of child abuse.

Sinn Féin deputy leader Mary Lou McDonald welcomed the Taoiseach’s apology to Ms O’Keeffe but said he should have made it in the Dáil and put the apology on the record of the House.

Ms McDonald called on the Tánaiste to extend the apology to Ms O’Keeffe to all victims of child sex abuse in primary schools.

She said it was the Tánaiste’s Government that argued the case against Ms O’Keeffe a year ago, even though he was referring to the issue of child abuse as a “historical issue”.

She said a “sea change” was necessary in how the State responded to such cases because there was an established pattern that the State and Government “close ranks and try to shut down any call for justice from people like Louise O’Keeffe”.

The Supreme Court handed down a judgment, before this Government came into office and that was the legal position at the time, he said.

“There are very significant implications in the European Court of Human Rights judgment,” he said.

They had a system of schools operating under patronage and the Supreme Court judgment accepted that system and therefore ultimate liability did not rest with the State.

He said the European Court’s judgment had “very serious implications for the relationship between the State and the patronage of our schools” and for current and future responsibility of the State.

He said he believed the implications of the European Court of Human Rights judgment were “very profound for the patronage system of schools and for the relationship now between the State and patrons of schools”.