Opinion: Protecting children and supporting families are two sides of the same coin 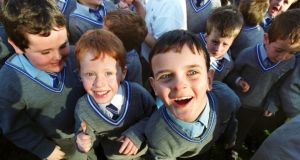 Children must be protected. And now we have moved from a ritual dance of shock and dismay to concerted action. Photograph: Eric Luke

Since 1980, we have had 29 major inquiries and reviews on child protection failings in Ireland. Each was motivated by the desire to get to the wider truth prompted by a specific outrage. Each was studied, commented on and often met by a fragmented response.

On the first day of the new year, that pattern ended with the creation of the new Child and Family Agency. Ireland has moved beyond a ritual dance of shock and dismay at recurring exposés of child neglect, to practical action.

The new agency will set out to fill a profound deficit, as well as dysfunction, duplication and inconsistency within services. In many cases, we saw how at-risk children were failed by the State, not because the State didn’t intervene, but because the interventions were unco-ordinated and ineffective. In one harrowing case, referred to in the independent child deaths report I published in 2011, 14 different agencies and professionals had intervened with one very troubled teen. But they didn’t work together and so that young person was let down.

Under one roof
We can no longer let vulnerable children fall through the gaps between disparate services. Working together must be the way forward. This agency will help make this happen. It brings together existing child protection services, family support services and educational welfare services – up to now, these were scattered between the Health Service Executive, the National Education Welfare Board and Family Support Agency. For the first time, we will have child and family social workers, family support workers and education welfare officers all working under the same roof.

This agency is also designed to ensure that child protection will never again be seen as just a secondary concern, as it was when lost in the HSE monolith. The dedicated agency will have a ring-fenced budget and streamlined management.

The new body is headed by chairperson Norah Gibbons and chief executive Gordon Jeyes. They will put a new focus on child and family services. In line with the public service reform policy, we have merged the National Education Welfare Board and Family Support Agency, transferring all staff and resources to the agency.

But this is not just a child protection agency. It has “family” in its name because protecting children and supporting families are two sides of the same coin. The nationwide network of 106 family resource centres will demonstrate the agency’s presence across the state.

Colossal reform
More than 4,000 people will work for the agency, which will have a budget in 2014 of some €609 million. It is one of the biggest reforms undertaken by this Government.

Important reforms being undertaken by the agency include new models for timely management and allocation of child welfare and protection referrals. In each of the last two years, more than 40,000 children were referred for child protection and welfare reasons. This is a significant increase from 2011. While it’s difficult to pin down the reasons, there can be no doubt that it owes its genesis, at least partly, to raised public awareness of the need to report child protection concerns in line with the Children First guidelines. To see so many more children in need of State intervention is deeply sad, but to not see them would be sadder still.

The new agency must oversee a major programme of expansion and improvement in special care services for some of Ireland’s most troubled teens, with places for them increasing from 16 to 35 over the next three years.

In addition, the new Child and Family Agency has responsibility for a national pre-school inspectorate and a new system of pre-school registration.

Now the agency is established, I will begin a process, along with Government colleagues, of examining if further services could be transferred to the agency or developed in partnership.

In the past, we commissioned reports, wallowed in their findings, and did not do enough. As Minister for Children and Youth Affairs I can promise we’re never going back there. We’re going to transform child protection in Ireland, keep children safe and support Irish families.