More than 450 foster children have no social worker 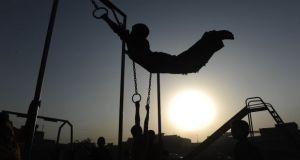 The acting chief executive of the Irish Foster Care Association, Breda O’Donovan, has warned that seven per cent of children (451) in foster care do not have a social worker.

Ms O’Donovan told Newstalk Breakfast that budgetary cuts have meant there are fewer social workers and a higher turn over.

She said that in the majority of situations the foster system works well and that foster carers go through very stringent assessment, but that they wanted and needed ongoing support and supervision and visits from social workers.

Grainia Long, Chief Executive of the ISPCC said she was deeply disturbed by allegations made in RTÉ’s Primetime programme last night.

“What makes foster care so important is that foster care is the State acting as the parent. So our standards must be so high, every day and all the time, there is no place for slipping of standards.”

She called for an investigation to find out what happened. Timely intervention was vital, she added.

“It would be deeply unusual where an allegation of abuse was made for all the children in that home not to be interviewed and not have those children removed.”

Ms Long called for an investigation to be undertaken to see where mistakes had been made and to ensure no foster children were at risk.

Ms O’Donovan said children in foster care needed visits from social workers and they needed to build a relationship with a social worker so they would have someone to talk to.

Fergus Finlay, chief executive of children’s charity Barnardos, meanwhile, has warned that unless the government funds prevention, children will remain at risk.

“It is long past the time that we faced the reality that as long as we’re not prepared to spend the minimum resources to protect children, then children will remain at risk,” he said.

Changes have to be made “to break through this miasma of internal investigations, unpublished investigations” added Mr Finlay when speaking on RTÉ’s Morning Ireland programme.

There is an urgent need to get information out into the open, he added. He went on to say that he fully supported Tusla but “they still haven’t a penny to spend on prevention or family support”.

3 Coronavirus: Number of vaccine doses given in the State passes half a million, Taoiseach says