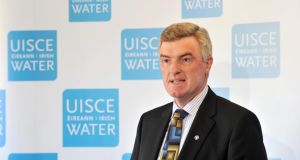 Talks at the Labour Relations Commission (LRC) between union officials and senior Irish Water management over unpaid staff bonuses have been adjourned.

The discussions over bonus payments promised to Irish Water and Bord Gáis staff in 2012 were described as preliminary and all the parties will reconvene in the coming days.

The bonus payments were introduced as part of a new pay model at Ervia in 2013 and Irish Water inherited that scheme when it was set up. Under the arrangement, 50 staff members were in line for a 2.75 per cent bonus, 165 for a 6.5 per cent payout, 65 were expecting a 14 per cent bonus and the top 29 were set to get a 15 per cent bonus on top of their salaries.

Irish Water insisted the payments were not a traditional bonus but instead a “pay at risk” element of their salaries.

Unions say the performance-related awards were a key element of the contract agreed between them and the company in 2013.

A date has not been set for the talks but it is understood the negotiations are likely to be fast-tracked with the parties reconvening no later than next week.

Union officials from Siptu, Impact and the Technical Engineering and Electrical Union were all in attendance as well as senior management at the controversial utility.

The talks lasted for more than six hours and while both sides refused to comment on the nature of the discussions, it is understood that the executives at the LRC felt that there was the basis for an agreement to be reached.