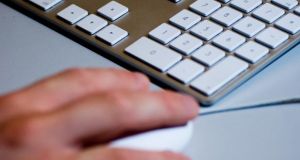 ISPCC volunteers have said they are dealing with an increasing number of calls from young children who are distressed at witnessing pornography online.

Children are being exposed to sexualised language and images at younger ages and schools should make an effort to educate students on the issue, according to the ISPCC.

Speaking at the launch of the child protection charity’s annual report for 2015, chief executive Grainia Long said ISPCC volunteers are dealing with an increasing number of calls from young children who are distressed at witnessing pornography while surfing online.

“We certainly would have a concern that in some cases parents are allowing children to watch pornography or just simply aren’t watching what they’re children are watching online,” she said.

“Watching imagery that you’re incapable of processing does a child harm – not just immediately but over the course of their childhood. Schools and the curriculum now needs to play a much proactive approach in terms of saying this is an issue,” she added.

Also in attendance was Minister for Children and Youth Affairs Katherine Zappone, who labelled the trends “exceptionally worrying” and voiced her “deep concern” regarding early sexualisation of children.

In all, the ISPCC’s Childline phone service dealt with 421,672 calls last year, and Ms Zappone expressed her alarm that 6.5 per cent of these calls came from children at risk.

“It’s alarming that 6.5 per cent of those calls come from children at risk, that is not only wrong it is unacceptable,” she said, adding that the Government has made an immediate priority of ending the use of hotels as emergency accommodation for families with children.

In a report presented to the ISPCC’s AGM in Dublin on Thursday, the organisation’s executive board identified the emotional and psychological effects of family breakups and the lack of children’s voices in the legal system as priority issues that will be addressed in future.

Another key concern for the ISPCC is the welfare of children in direct provision centres, and Cork teenager Jasmine Draper made an emotional appeal directly to minister Zappone asking her to improve their living conditions.

“We think the way young people who are just like us are treated is disgraceful,” said the 16 year-old, who is a member of the ISPCC’s Child Action Committee.

“We want the Government to change this system so that no-one is forced to live in these conditions- with no privacy, no real hope, without ever having a family meal. Please minister, will you do something to help these young people so they do not have to live like this?”

Grainia Long asked for the Government to take action to ensure vulnerable children with mental health difficulties are dealt with expediently after she revealed that some children who report suicidal thoughts have to wait up to four weeks to access emergency psychological services.

Other non-urgent cases must wait for up to 18 months to see a specialist psychologist, she said.

The Childline phone service is said to be in a reasonably healthy position now, according to Ms Long, following threats of service curtailments in recent years.

The ISPCC recorded a surplus in 2015 following consecutive deficits over preceding years, but the funding environment remains vulnerable amid the current changeable economic environment, she added.