We took a stroll in the rain today in Dublin to find out what's making people happy on International Happiness Day. 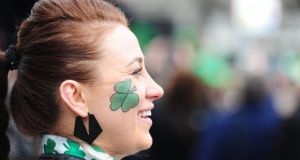 Irish people enjoy among the highest quality of life and standard of living in Europe, according to the European Union.

The news will come as a surprise to Irish people who have suffered after more than five years of recession.

To mark the UN International Day of World Happiness which occurs today, the EU’s Eurostat barometer has ranked Ireland as among the countries enjoying the highest quality of life in Europe.

However, critical data is left out of the Irish score. It includes median income in PPS and income quintile share ratio which would indicate levels of income inequality and there are no indicators for how many people are unable to afford unexpected expenses.

Nevertheless, the findings are consistent with international surveys which find that Irish people rank themselves among the happiest in the world.

It also found that 84 per cent of Irish people have more positive experiences than negative ones in an average day. The OECD average is 80 per cent.

World Happiness Report co-author John Helliwell said economic well-being was only one measure of happiness and on many others Ireland scored very well. He said Ireland’s result was “remarkable” given the financial crisis.

“This is just one more illustration that people’s happiness depends to a much smaller extent on their income than they think it does,” he said.

Some 97.1 per cent of Irish people had somebody they felt they could rely on in times of troubles, the second best in the world, which has improved from 96.7 per cent between 2005 and 2007. This, he said, was a “very important variable” at a time of economic hardship.