Disposable income down €3,000 a year since start of recession – CSO

Survey shows one in six people at risk of poverty 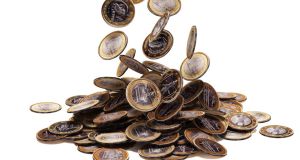 Disposable income has fallen by almost €3,000 since the onset of the recession, while the levels of those at risk of poverty, in consistent poverty or experiencing deprivation have increased since 2008, CSO figures show.

The Central Statistic Office’s latest Survey on Income and Living Conditions for 2012, published yesterday, shows the median annual equivalised (household members receive different weightings) disposable income stood at €17,702 in 2012. When adjusted for inflation, this marks a 4.6 per cent drop on the 2011 figure.

Disposable income has fallen year-on-year since the onset of the recession in 2008, when equivalent disposable income, when adjusted for inflation, stood at €20,681.

This equates to a drop since then of €2,979 per household.

Consistent poverty was highest among the unemployed (19.2 per cent) and among individuals not working due to illness or disability (17.6 per cent).

When broken down by household composition, the figures show one-parent households with children under 18 experienced the highest consistent poverty rate in 2012, at 17.4 per cent.

The survey shows one in six people, or 16.5 per cent of the population, were at risk of poverty, meaning their equivalised disposable income stood at less than €10,621, the “at risk of poverty threshold” in 2012.

Fr Seán Healy of Social Justice Ireland said it was “totally unacceptable” that one in six people in Ireland remain at risk of poverty. He said that, although the disposable income level under which people are considered to be at poverty fell from €12,409 in 2008 to €10,621 in 2012, the number of people whose disposable income was below that threshold had increased from 14.4 per cent to 16.5 per cent in the same period. “This is not an accident and it is not inevitable – it’s as a result of decisions taken by Government in each of its budgets. Different decisions could have been made which would have protected those who are vulnerable,” Fr Healy said.

However, the Department of Social Protection said the CSO data showed the Government had delivered a “strong social welfare safety net”.

The CSO report points out that, if social transfers including jobseekers’ payments, child benefit and pensions were excluded from income, the “at risk of poverty” rate would stand at 50.3 per cent instead of the actual rate of 16.5 per cent.

Minister for Social Protection Joan Burton said the report “demonstrates once again the critical importance of that safety net, with social transfers . . . being instrumental in protecting people against poverty”.

The figures show that, in 2012, almost 27 per cent of the population experienced two or more types of enforced deprivation compared to 24.5 per cent in 2011. Those in one-parent households (49.5 per cent) and the unemployed (49.4 per cent) are experiencing the highest levels of deprivation.