Confusion over exclusion of poor households from water credits

About 190,000 short-term unemployed will get no water support payment 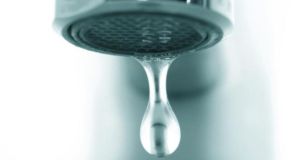 Some 653,000 households will get the water support payment.

The exclusion of thousands of low-income households from both a new water support payment and a new water tax credit, is “wrong” and “very concerning”, groups working with the poor and unemployed have said.

At the same time, wealthy pensioners will be able to claim both tax relief and welfare support – up to €200 a year – to help with their water bills.

Tuesday’s budget makes provision for a new water support payment of €100 a year to households in receipt of the household benefits package or the fuel allowance.

The household benefits package is payable to everyone over 70 and to some aged 66 to 70. The fuel allowance is payable to people on long-term welfare payments – over 15 months. Some 653,000 households will get the water support payment.

About 190,000 short-term unemployed, however, do not qualify for the fuel allowance and so will get no water support payment.

Those who are unemployed for less than 15 months before taking up an activation programme place such a Tús or a Community Employment scheme, will not qualify for the new payment either.

Many of these – more than 470,000 people – who are excluded from the relief and support may, however, live in households where someone else qualifies for either a water support payment or a water tax credit. However it is impossible, says the department, to extract from these figures, those who are in a household where there are supports and those who are not.

In contrast, pensioners over 70, with a taxable pension and who also get the household benefits package, will be entitled to both tax relief and the support payment.

A spokesman for the Society of St Vincent de Paul said the exclusion of households headed by a person who was unemployed for less than 15 months underlined the extent to which the budget was “less about people than economics”.

Tánaiste and Minister for Social Protection Joan Burton said yesterday her department would “look at” the issue “if there’s a problem there”.

Fianna Fáil spokesman on the Environment Barry Cowen called on her to “outline just how many lower-income families will gain nothing from the Irish Water tax reliefs and allowances”.

Co-chairwoman of the National Forum of Family Resource Centres Claire Dineen said, “The water charges issue is not done with.”

There remained a lot of confusion about what people would pay and to what supports they were entitled.

Fr Seán Healy of Social Justice Ireland said the apparent anomaly underlined the need for refundable tax credits so close to every household in the State could benefit from the new water tax relief.

The Right2Water campaign meanwhile described the new tax credit and water support payment as a “panicked attempt on the part of the Government to look as if they are giving something”.

Brendan Ogle of the campaign said the move would “not fool anyone and would in fact embolden people to intensify” their opposition to water charges.