Conditions for young in prison highlighted by Amnesty 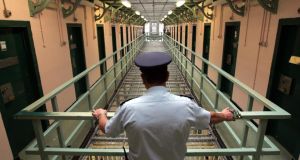 On Ireland, the Amnesty report highlights prison conditions for young offenders. It also makes reference to the Savita Halappanavar case, saving that it “highlighted the lack of clarity in legislation and regulations regarding women’s right to access abortion where their life is at risk”.

The report says the Government’s commitment to bring in a system for the investigation of serious complaints from prisoners by external investigators with an appeal to the Inspector of Prisons and Places of Detention falls short of the independent complaints mechanism recommended in 2011 by the UN Committee against Torture.

“Harsh punishment”
It notes that a report into St Patrick’s Institution for Young Offenders “described ill-treatment, intimidation and harsh punishment of the young men and boys detained there.

“It also identified inadequate provision of education and health care”.

On violence against women and girls, the report says: “At the end of the year, the Government had still not established an independent investigation into allegations of ill-treatment of women and girls placed in religious-run institutions, known as the Magdalene Laundries, as recommended by the UN Committee against Torture.”

The reports notes the terms of reference of the constitutional convention do not “expressly include an examination of the Constitution’s incorporation of human rights and of economic, social and cultural rights”.