Changes to One Parent payment will ‘discourage work’ 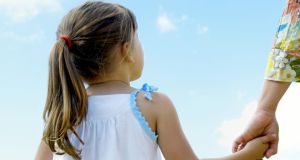 The Department of Social Protection has said the changes are aimed at encouraging parents back into work or training. Photograph: Getty Images

Changes to the One Parent Family payment designed to incentivise welfare recipients to enter the workforce will actually discourage lone parents to work and drive some low income families deeper into poverty, groups representing lone parents have warned.

Under the new rules, introduced as part of the Budget in 2012, the welfare payment will only be paid to parents whose youngest child is age 7 or younger. The age limit has been reduced year on year from 14 in 2011.

The Department of Social Protection has said recipients affected by the changes can transfer to either a Jobseekers’ payment, Carer’s Allowance or Family Income Supplement payment to make up for any losses incurred.

Responding to criticism today, Minister for Social Protection Joan Burton said that while the One Parent Family payment had provided an important income support to lone parents, the “results have been poor in terms of tackling poverty and social exclusion rates among one-parent families”.

“The reforms to the scheme aim to assist lone parents to escape poverty and joblessness by providing them with enhanced access to the Department’s broad range of activation supports and services,” she said.

“This will assist lone parents to increase their skills set and job-readiness and facilitate their entry into the workforce and their ability to hopefully achieve financial independence.”

Ms Burton said the aim was to move away from long-term and passive income support for lone parents, in line with welfare practice in other countries.

“As the majority of those affected are not currently working, they will transition to a Jobseeker’s payment and will not suffer a financial loss,” she added.

The Society of St Vincent de Paul (SVP) said lone parents in low paid employment will be worst affected by the new rules, which will effectively encourage them to leave the workforce.

The charity estimates that a lone parent with a net income of €200 per week combining part-time employment with the One Parent Family payment and Family Income Supplement will see their earnings fall by more than €70 per week.

“It is likely that this loss will make it impossible for some lone parents to stay in employment, due to the high cost of childcare which many face,” SVP’s spokesman on social justice and policy John-Mark McCafferty said.

Families with children, particularly those headed by a person parenting alone, are the largest group requesting help from the SVP, he added.

Lone parent organisation One Family said the implications of the move had not been properly considered, as parents working part time would see their income hit, while those out of work would not.

“If they want to encourage people to stay in the workplace they must leave measures in place which allow them to work part time, get education and experience which will ultimately allow them to move off social welfare,” One Family chief executive Karen Kieran said.

“We are aware of some parents who are working full time and are left at the end of the month with absolutely no money, even for food. We are aware of people who are going to lose money now, and won’t be able to afford to work,” she added.

Spark (Single Parents Acting for the Rights of Kids) drew attention today to a promise made by Ms Burton in April 2012 that the new rules would not be implemented unless there was a “system of safe affordable and accessible child care in place, similar to what is found in the Scandinavian countries to whose systems of social protection we aspire”.

Spark claims the 800 after school childcare places provided to date for low income families under the subsidised After School Child Care scheme is “nowhere near the requirement needed to assist the 60,000 effected families”, and has called on the Minister to “explain how she can proceed with these cuts to working lone parents, while ignoring her promise to provide an affordable childcare system”.

Groups representing lone-parent families will make their opinions on the changes known to the Minister at a pre-Budget forum in Dublin Castle tomorrow.