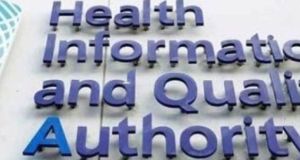 A resident had engaged in a prolonged incident of self injurious behaviour on October 6th resulting in significant bruising to their body and injury to the temple area of their head, the Hiqa report said.

A person with disabilities at a residential centre in Co Wicklow was not brought to a doctor for four days after a “prolonged incident of self injurious behaviour”, a health watchdog report has found .

The Health Information and Quality Authority (Hiqa) carried out an unannounced inspection at Dunavon, operated by Sunbeam House Services, where eight adults with disabilities were living, after it was notified about the incident last October.

A resident had engaged in a prolonged incident of self injurious behaviour on October 6th resulting in significant bruising to their body and injury to the temple area of their head, the regulator’s inspection report said.

“Despite these injuries the resident had not been brought to their general practitioner (GP) for a medical review until October 10th, four days after the incident.

“Given the resident’s medical condition, the degree of injury and on-going issues with serious incidents of self-injurious behaviour, this posed a risk to the health and safety of the resident,” the report said.

The report said the resident had been reviewed by an on-call doctor on September 30th and the centre had been advised to make arrangements for the person to see their GP the next day. This appointment was not facilitated, Hiqa said.

In the previous six months the centre had had three different persons in charge and “there was no nominated person in charge providing oversight to the centre” from September 21st to October 8th.

“The current person in charge (who had only been appointed to the centre on October 10th) had responsibility for three centres overall. Taking into account the issues found on this inspection and the significant complex needs of the residents, the inspectors were not assured that the arrangements in place for person in charge were sufficient to provide adequate oversight of the centre,” the report said.

The provider subsequently made a number of organisational changes and had interviewed for a full-time person in charge, Hiqa’s report noted.

Residents’ care plans also now stated clearly that when anyone became unwell, or following an incident where there had been an injury, the nurse or care worker in charge of the shift must contact the client’s GP or out-of-hours doctor to seek their advice. If the injury was deemed serious or life threatening, an ambulance must be called.

Another unannounced inspection of Greenacres Lodge in Clare, operated by Rehab Care, in August 2018 found the provider’s governance and management arrangements had not ensured that a good quality and safe service was provided for the four women with an intellectual disability living there.

Hiqa said the provider had failed to identify deficits in the centre through use of its own internal audits.

Hiqa, which inspects such centres under the provisions of healthcare legislation and national standards, published 27 inspection reports on designated centres for people with disabilities on Wednesday.

Inspections found a good level of compliance with the regulations and standards in 19 centres, including centres operated by the Health Service Executive (HSE) and the Muiríosa Foundation.

It said that in these centres, the provider was ensuring a good standard of care and quality of life to residents. However, it had found evidence of non-compliance with regulations and standards in eight centres.