Broadcasters not told to ‘balance’ everything - BAI says 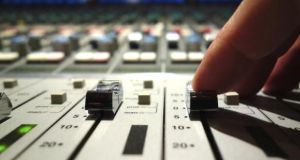 Marriage Equality: The Broadcasting Authority of Ireland (BAI) has said that it has not issued any direction requiring that broadcasters must automatically ‘balance’ a discussion with an opposing view. Photograph: Getty

The Broadcasting Authority of Ireland (BAI) has said that it has not issued any direction requiring that broadcasters must automatically “balance” a discussion with an opposing view.

The BAI said that “it would be a matter of grave concern if ‘national radio stations’ or any other broadcasters, incorrectly used the outcomes of recent complaint decisions as a basis for their editorial decision-making.”

The authority also said that it has never made a “ruling on marriage equality”.

The statement follows the publication of an opinion piece by journalist and author Una Mullally in The Irish Times.

The National Union of Journalists (NUJ) called on the BAI to carry out an urgent review of guidance notes issued to broadcasting organisations after Mullally reported that her book In the Name of Love, a history of the marriage equality campaign in Ireland, had run into problems getting access to discussion on radio stations and shows.

“In conversations with a number of stations, it was made clear that in order to discuss my book on marriage equality, there would have to be a debate with a person opposed to same sex marriage,” Mullally said.

In its statement, the BAI said: “News and current affairs content on Irish broadcast media is required to comply with the Broadcasting Act 2009 and with the BAl’s Code of Fairness, Objectivity and Impartiality in News and Current Affairs.

“The BAI has indicated to broadcasters that it will be necessary for them to consider the range of ways in which fairness is achieved, including through the selection of contributors, the time allocated to a news and current affairs issue, the scope of the debate, the structure of the programme or the role of the presenter.

“Furthermore, the approach to covering issues, including those of public controversy or current public debate, should be guided by ensuring equitable, proportionate coverage.

“While there may be some instances where balance may be required, an automatic requirement for balance is considered unnecessary and inappropriate by the BAI. Indeed the BAI has consistently expressed the view that the application of such an artificial balance can, in and of itself, amount to a lack of fairness in certain circumstances.”