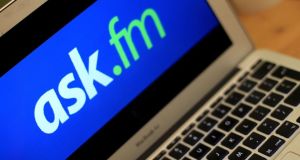 Lorraine Gallagher, whose 13-year-old daughter Erin killed herself (13) died by suicide after being abused on ask.fm, said the changes were nothing but full registration on the site to would stop people from posting hurtful comments. Photograph: Danny E Martindale/Getty Images

The mother of an Irish girl who took her own life after being bullied on ask.fm has said changes to the website would not bring her daughter back.

The owners of the site have introduced changes after public pressure following the deaths of three teenagers.

These include a larger “report button” on the site and the promise of taking on more moderators to combat abuse and bullying by users.

However, Lorraine Gallagher, whose daughter Erin (13) died by suicide after being abused on ask.fm, said this was not enough. She said nothing but full registration on the site would stop people from posting hurtful comments.