Figures show Irish women travelled to UK for more than 24,000 terminations since 2010 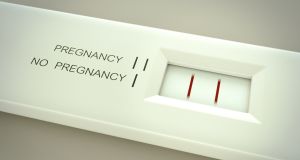 Amnesty International has said the Government should end its “hypocritical” abortion laws as new figures show Irish women had more than 24,000 abortions in England and Wales between 2010 and 2014.

In total, 19,947 terminations for women from the Republic and 4,652 from the Northern Ireland were recorded in the four-year period, according to data from the department of health in London.

The figures also reveal that 152 terminations were recorded for girls aged under 16 from the Republic and 69 for under 16s from the North.

“These findings once again prove that restrictive abortion laws in both the Republic of Ireland and Northern Ireland don’t prevent women and girls from having abortions,” said Amnesty International My Body, My Rights campaigner Grainne Teggart

“Abortions not being lawful doesn’t mean that women and girls don’t have abortions, it means that they either resort to desperate, sometimes dangerous, measures or they seek those services elsewhere at great financial and emotional expense.”

Amnesty International Ireland executive director Colm O’Gorman said “Abortion laws in both jurisdictions fall desperately short of even the minimum standards required by international human rights law. They violate the human rights of women and girls, forcing those who can travel to go overseas and seek compassionate, professional care outside their own country.

“It’s time for governments north and south to end the hypocrisy of laws which criminalise women at home and don’t even meet their stated aim of preventing abortions. They can no longer turn a blind eye to the human rights abuses caused by those very same laws.”

Abortion is illegal in the Republic except where the pregnancy presents a real and substantial risk to the mother’s life. Terminations are only available in the North where there is a risk of a serious or adverse effect on her physical or mental health.