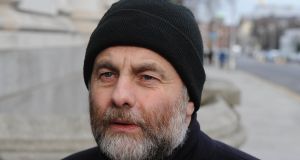 The union, the country's largest, today urged its 62,000 members in the public service to "stay with" the Croke Park agreement.

In a statement, it's national executive council said it firmly believed the best way public service workers could protect their interests was by means of a single centralised agreement which prohibited compulsory redundancies, limited redeployment and restricted outsourcing.

"The proposals which have emerged are the best that could be obtained through negotiation."

The statement did not specifically make any recommendation to members.

Meanwhile, the executive of the Prison Officers’ Association is to recommend that its members accept the deal.

Earlier, the Government's chief negotiator in the recent talks on the deal said the impact of the new agreement will not be as harsh as suggested by critics.

Paul Reid, assistant secretary at the Department of Public Expenditure and Reform, described the proposed agreement as balanced and fair.

He said he frankly disagreed with suggestions that the proposals in the new agreement could hit the earnings of a typical nurse by 8, 10 or 14 per cent.

Mr Reid said 72 per cent of nurses did not work overtime.

Addressing the Industrial Relations News annual conference, he said the assessment of management was that the proposed deal would have an impact of 3 per cent in gross terms and 1.7 per cent in net terms for a typical nurse.

Mr Reid also maintained that the proposed new agreement would affect a typical garda on the maximum point of the scale by around 3.2 per cent in gross terms and 1.9 per cent in net terms.

He also said there was “no way” the €750 million currently paid out in overtime and premium rates for staff in the public service could be excluded from the scope of the measures aimed at generating savings of €1 billion over the next three years and €300 million this year.

Mr Reid said he was confident the measures set out in the proposed new agreement would generate the savings sought by the Government.

However the general secretary of the Garda Representative Association PJ Stone said he disputed completely the figures set out by Mr Reid.

He also challenged the assertion that the measures were fair.

“You can take any medians or any example. I do not accpet that this deal is proportionate or fair. Anybody who is on €65,000 is contributing nothing other than two days ofannual leave. Members of An Garda Siochana will be contributing that as well, in addition to paying out the €2,500. And we have had that independently evaluated. What Mr Reid said this morning is simply not the case.”

The Public Service Executive Union and Impact, the country’s largest public sector union, have already advised members to accept the agreement, while unions such as Unite, the Irish Nurses and Midwives Organisations, the Civil, Public and Services Union and the Irish Medical Organisation have all called on their members to reject the deal.