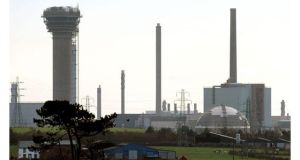 The total cost of cleaning up the legacy of nuclear waste at Sellafield now stands at £67.5 billion and it could escalate further if the British taxpayer is left to hold all the risk in contracts, a powerful House of Commons committee has warned.

“Over several decades, successive governments have been guilty of failing to tackle issues on the site, allowing an enormous nuclear legacy to build up,” the Commons Public Accounts Committee said today.

The UK Nuclear Decommissioning Authority was set up 2005 to tackle Sellafield’s "extraordinary accumulation of hazardous waste, much of it stored in outdated nuclear facilities".

Since then it has brought in international contractors to help the plant’s operators, Sellafield Ltd.

However, MPs complained: “Deadlines for cleaning up Sellafield have been missed, while total lifetime costs for decommissioning the site continue to rise each year and now stand at £67.5 billion.

“It is essential that the authority brings a real sense of urgency to its oversight of Sellafield so that the timetable for reducing risks does not slip further and costs do not continue to escalate year on year,” said the Public Accounts Committee, in a report published this morning.

All of the contracts in place, bar one offer contractors payment of, which means “that taxpayers - rather than Sellafield Limited or its subcontractors - bear the financial risks of delays and cost increases”, the MPs went on.

Such contracts may have some merit, but the MPs said they were “not yet convinced” that taxpayers are having to pay rewards ‘which would seem to constitute a reward for failure’ to contractors.

The NDA hopes to start retrieving hazardous waste held in decades-old plants in 2015, but “nonetheless, given the track record” where only two of 14 projects are on schedule MPs said they were “not convinced” that the deadline would be met.

Under its new plan for Sellafield, the NDA “does not expect to meet previous deadlines for cleaning up waste - notably those set by the Nuclear Installations Inspectorate - which it considered undeliverable.

“However, the authority assured us that the rapid and safe remediation of the highest hazard facilities at Sellafield was its foremost priority,” according to the public accounts committee.

“It told us that it expected to start retrieving waste from these facilities over the next three or four years, starting to remove materials from the first generation magnox storage pond in 2015, from the pile fuel cladding silo in 2016 and from the magnox swarf storage silo no later than 2019.

“The authority and Sellafield Limited must act with real urgency and improve project management to tackle the risks on the site in good time. Recent performance has not been satisfactory,” they went on.

Meanwhile, the PAC’s chair, Labour MP Margaret Hodge said uncertainties remained – “not least around what precisely is in the waste that lies in the legacy ponds and silos”.

Plans to build an underground storage for all of the UK’s nuclear waste – knocked back by this week’s decision by Cumbria County Council to refuse one proposal – could take 27 years: “It seems implausible that this critical project cannot be expedited.”

Under the proposal, geologists would spend 15 years investigating a district’s suitability once a community can be persuaded to take it while 12 years more would be needed to dig out the site.

Cumbria County Council’s decision to rule out West Cumbria as the location for the underground dump means that a solution “is as far away as ever”, said Ms Hodge. The decision by councillors is unpopular with Sellafield workers.

Unite union official, Mr Kevin Coyne said they had been “extremely short-sighted”, adding that the waste would not disappear but there “are no answers” to deal with it.

2:52 'Wet pubs' outside of Dublin re-open after six months of closure

4:12 How an Oregon wildfire became one of the most destructive in the US