If associations are found between pain levels and weather, this could mean a better standard of life for chronic pain sufferers 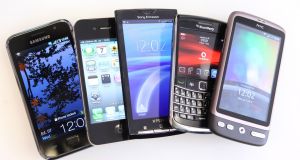 The study involves participants reporting their pain levels by interacting with an app, while the GPS in their smartphones automatically records the weather

Can your joints really predict the weather? Many people believe that weather affects their pain levels, but there is no scientific consensus on the matter.

To find out once and for all, researchers from the University of Manchester have started a massive interactive study involving smartphones.

The project is called Cloudy with a Chance of Pain, and involves participants reporting their pain levels by interacting with an app, while the GPS in their smartphones automatically records the weather.

Researchers collect the data and try to find patterns and relationships between parameters such as temperature, sunshine hours or rainfall and pain levels reported by participants.

The study is open to people in the UK with arthritis or any type of chronic pain, including migraines. So far over 9000 participants have been recruited, and the researchers hope to expand the project internationally.

The project will continue recruiting over this year, and the results will be fully analysed in 2017.

The aim of Prof Will Dixon, who leads the study, is to follow participants over the whole year to detect seasonal changes. If associations are found between pain levels and weather, this could mean a better standard of life for chronic pain sufferers.

Potential relationships between weather and pain levels could also help explain the mechanisms behind chronic pain. A study funded by the Health Research Board in 2011 found that 35.5 per cent of people in Ireland were affected with chronic pain.

The preliminary results were presented yesterday at the British Science Festival.

They show that residents of three UK cities – Leeds, Norwich and London – reported a decrease in severe pain levels in April compared to February, suggesting that cold could worsen severe pain.

However, the pain increased again in June compared to April, although only in Leeds and London.

Although the temperature rose significantly in June compared to April, rainfall also increased, while hours of sunshine were reduced.

He points out that joints are surrounded by a capsule that can expand or contract under different pressure conditions, and that could explain varying levels of perceived pain.

The data are accessible online and can be reviewed by participants in an interactive way.

Members of the public can also analyse the data and spot a relationship between certain weather conditions and pain. They can then build a hypothesis and propose it, helping the scientists identify patterns.