Project Mine digs for clues to motor neurone disease 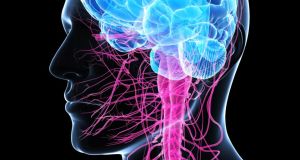 Today sees the formal launch in Ireland of Project Mine, an ambitious international effort to find the genetic causes of motor neurone disease. It will involve scientists in 14 countries, including Ireland, who will collect patients’ DNA, sequence it and then do comparative studies that will help provide answers about this terrible disease.

It is also unique in that fundraising for the initiative relies on the involvement of the public and spreading the word via social media. And 100 per cent of any money raised for the project here stays with the project here, the organisers say.

Ireland sees 110 new cases of motor neurone disease every year, says Prof Orla Hardiman, who will lead Project Mine activity in Ireland. Scientists are still learning about the disease, but there is undoubtedly a genetic component, hence the need for an initiative such as this.

“The project is based on looking at the population genetics of motor neurone disease; whole genome association studies, ” says Hardiman, a professor of neurology at Trinity College Dublin and a consultant neurologist at Beaumont Hospital. “It is based on looking at genes, but being able to do this is all about computers, maths and statistics.”

Only an international effort could tackle such a huge job, says Dr Russell McLaughlin, a postdoctoral research fellow in Trinity’s academic unit of neurology. “The overall goal is to assemble 15,000 genomes from patients with motor neurone disease and 7,500 healthy controls,” he says.

Each genome is made up of about three billion individual pieces of information, and these whole genomes will be compared to look for genetic differences that might be associated with the disease. McLaughlin specialises in the merger between the biology and the statistical analysis. “The computer demands are gargantuan,” he says.

These genomes will be collected across the 14 countries involved in Project Mine, with data mining the goal. The motor neurone research group at Trinity will collect and process the Irish participants, including 400 people with the condition and 200 controls, says the group’s research manager, Dr Alice Vajda.

“The advantage is we can do this at a reduced cost as part of the Project Mine group,” she says. “We are ideally placed to participate. We have had a motor neurone disease register since 1994 with comprehensive patient records, and our DNA data bank started in 1999.”

There are 20 genes known to be linked to the disease, and another 50 are suspected of being connected with it.

“You need a very large-scale study to get a threshold of evidence to say these regions are of interest,” says Hardiman.

“Ireland is a really good place to do this work; it is good for gene research. It can be easier to do these studies in Ireland because we have larger families and can compare family genes against the wider population.”

The complexity of the genetic background here is also lower than in a country such as the US or mainland Europe.

The genetic resource created by the project will be important not just for motor neurone disease but for research into other conditions. McLaughlin is also involved in a study of irritable bowel syndrome, and the genetic information could be used to study multiple sclerosis, diabetes or Parkinson’s, says Hardiman.

Research into mental diseases will also benefit from the genetic data. Studies suggest there is a possible link between motor neurone disease and conditions such as schizophrenia, autism and depression. These are developmental disorders that involve defective brain wiring, but in motor neurone disease the condition causes disrupted wiring, so findings in one area might support findings in the other.

Members of the consortium will share data freely, and so, although we will only pay for a part of the project, we will benefit from having access to all of the resultant data. “We get the data back,” says Vajda. “It is not giving genetic information away, it is bringing it back to us. It represents a new era in gene research. We need to be be involved. We need to be a partner in this to avoid missing out.”

The academic unit is involved in a variety of studies around motor neurone disease. It is using magnetic resonance imaging to study what is going on in the brains of those with the condition. There are efforts to see if a modified electroencephalography device might provide an early diagnosis for the disease. And researchers are looking at innovative drugs to treat motor neurone disease and at the health-service needs of patients with it.

Learn more about Project Mine, make a contribution or organise a fundraiser at projectmine.com/country/ireland