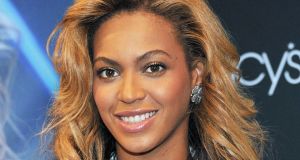 Music stars have an unexpected role in causing our kids to become overweight. Their smiling faces are used to promote sugary drinks, fast food and sweets.

Almost all food and beverage products marketed by music stars are basically unhealthy, according to a study published on Monday morning in the journal Pediatrics.

And in what the authors refer to as “alarming” is the fact that none of the stars in the study were seen promoting fruits, vegetables or whole grains.

The closest any of them got to “healthy” food was a promotion for pistachio nuts.

Companies are using these celebrities because they know they will reach their target audiences, children and teenagers, said lead author Prof Marie Bragg of the New York University Department of Population Health at NYU Langone Medical Centre.

This is serious business for companies promoting these foods given they spend €1.8 billion a year marketing to youth alone, Prof Bragg said.

The research team went to extraordinary lengths to identify the guilty music stars, taking names from the Billboard Magazine hot 100 song charts, checking out Teen Choice Award winners and the number of YouTube views for a celebrity’s food and non-alcoholic drink endorsements.

The researchers restricted their star search to 2013 and 2014 but expanded their efforts when cataloguing endorsements made between 2000 and 2014. They used the AdScope database to study all forms of endorsement whether on television, in magazines or on radio.

They also assessed the nutritional value of the endorsed food products in case there might be some missed benefit from crunching crisps washed down with a fizzy drink.

They found that based on nutrient content, 21 out of 26 food products were deemed to be “nutrient poor”.

There were 69 beverages endorsed by the music stars and 49 of them were sugar sweetened. These full calorie drinks were the most commonly endorsed in the drinks category.

It might not come as a surprise but there were only three endorsements for water.

The study showed how kids are bombarded day after day with these ads. Children see about 4,700 ads each year and teens see more, abut 5,900 a year according to Institute of Medicine research.

YouTube video versions of food and beverage endorsements experienced a staggering 313 million views, although the researchers could not separate out multiple views by an individual.

Watching any kind of food advertising is linked to “excessive consumption” the researchers found.

Adding a celebrity endorsement to this makes things worse by steering product preference.

“These celebrity endorsement deals are often worth millions of dollars each , suggesting companies find them critical for promoting products,” Dr Bragg said.

Many studies had shown that this kind of marketing was a “significant” contributor to childhood obesity.

Voluntary limits placed on advertising for children should be extended to teens, the authors suggest.

Celebrities were also encouraged to abandon the dark side and use their influence to encourage the consumption of healthy foods.

Celebrity endorsements can be very lucrative. Beyoncé received a reported €45 million from Pepsi to promote its product.

Justin Timberlake received almost €5.5 million for his involvement in the McDonalds “I’m lovin it” campaign.

There is an extensive list of artists who endorsed food and non-alcoholic beverages.

One Direction is on the list with promotions with Nabisco the US biscuit maker and Pepsi.

Others on the list include Lady Gaga, Snoop Dog, will.i.am, Britney Spears, Jessie J, Eminem and Katy Perry amongst many others.

1 Covid-19 incidence in the Republic set to surpass that of UK
2 Coronavirus: Non-essential travel from US set to be banned within days
3 Taoiseach tested twice for Covid-19 but excused quarantine after Brussels trip
4 Man whose remains lay undiscovered for 10 years to get family burial
5 Motor dealer outlines EV reality on sales front
Real news has value SUBSCRIBE