Patients in hospital wards more likely to pick up infections 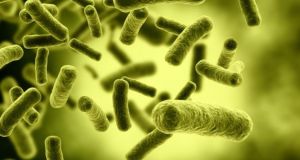 About one in 50 people acquire some kind of infection during a period in hospital, leading to major expenditure in follow-up care.

You have less risk of catching an infection during a hospital visit if you stay in a private room rather than a ward. The risk goes up by abut 20 per cent if you are sharing your space with others.

One in 50 people on average acquire some kind of infection during a period in hospital, and this represents a major expenditure in follow-up care, said Prof Catherine Noakes of the University of Leeds.

She and colleague Dr Marco-Felipe King conducted a study on the likelihood of picking up a hospital infection in an effort to find ways to reduce the risk. They presented their findings yesterday at the ongoing Festival of Science in Bradford.

The set up model hospital accommodation for a single-bed room and a four-bed ward and then studied air movements and the potential for various surfaces to support bacteria.

If you cough where does the resultant aerosol go, how far will it travel and what surfaces were most at risk of carrying bacteria, said Prof Noakes. Aerosals could travel metres before settling on a surface.

Dr King developed computer models and conducted observation studies in hospitals to understand what surfaces were touched most often and which surfaces carried the most bacteria.

The model allowed them to compare relative risks in one or four-bed accommodation and this showed the risk of infection was 20 per cent higher in the four-bed room.

They also looked at what changes might be made in the building itself to reduce risk of infection. They considered micro organisms that would tend to populate surfaces like superbug MRSA or rotaviruses and also airborne with influenza and TB spread in this way.

“The work informs us about where the risk is,” Dr King said. “Good ventilation would reduce the risk.” Simple barriers between beds would also reduce risk in multi-bed wards.

Improvements can be made to reduce risk but it still came back to hygiene. “Washing your hands still is the best thing we can do,” Prof Noakes said.