Golden rice could save lives in developing countries, but activists continue to resist it in the face of the evidence 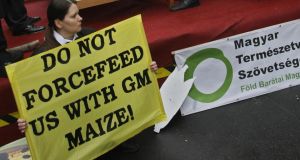 Nongovernmental environmental organisations, principally Greenpeace, have long been vocal in their opposition to genetically modified food. Their opposition contradicts the findings of mainstream science, but unfortunately science is not nearly as effective as Greenpeace at getting its message across to the general public. However, science has now launched a major counteroffensive: 110 Nobel laureates (mostly in physics, chemistry and medicine, and six in economics) signed an open letter in June 2016 to Greenpeace, the United Nations and governments around the world, supporting genetic modification technology in agriculture. The letter calls on Greenpeace to abandon its campaign against GMF in general, and “golden rice” in particular, and calls on governments to reject the Greenpeace campaign.

The open letter quotes the UN prediction that world production of food, feed and fibre will need to double by 2050 to meet global population demands, but points out that Greenpeace-led opposition to modern plant-breeding has “repeatedly denied these facts and opposed biotechnological innovations in agriculture” necessary to boost food production. “They [Greenpeace and others] have misrepresented their [GMF] risks, benefits and impacts, and supported the criminal destruction of approved field trials and research projects”.

Scientific academies worldwide (for example, the Royal Society of London, Royal Society of Medicine, World Health Organisation and the US National Academy of Sciences) have consistently found that genetically modified crops and foods are at least as safe as those derived from any other production method.

“There has never been a single confirmed case of a negative health outcome for humans or animals from their [GMF] consumption,” the open letter states. Neither do genetically modified organisms damage the environment. The latest study, Genetically Engineered Crops: Experiences and Prospects, carried out by the National Academies of Science, Engineering and Medicine (2016) confirms these points but advises caution when making generalisations about this relatively new technology. Nevertheless Greenpeace continues to oppose GMF and is particularly distrustful of giant seed corporations such as Monsanto.

Genetic modification is used to introduce desirable new characteristics into plants. One important application uses the technology to make plants more nutritious (biofortification). One third of the world’s population, while not faring too badly on calorie intake, do not get enough nutrients in their diet: vitamins, minerals and so on. In richer countries, staple foods are artificially fortified with vitamins and minerals, which is relatively inexpensive, but in poor countries such food fortification is expensive and difficult to sustain. In these latter cases, biofortification of staple foods by genetic modification is a particularly useful intervention.

Rice, the staple food for half the world, doesn’t naturally produce beta carotene, which is converted into vitamin A in the human body, and vitamin A deficiency is endemic. Vitamin A deficiency compromises the immune system: between 1.3 and 2.5 million deaths per year among infants and preschool children would be prevented if they got enough vitamin A. It is also the leading cause of blindness globally, affecting 250,000- 500,000 children annually. Half the children die within a year of losing their sight.

Vitamin A deficiency has a simple solution: golden rice. Scientists have genetically engineered golden rice to produce beta carotene by introducing three genes into ordinary rice. Unfortunately the golden rice project has languished in research institutes since 2000 because environmental activists have persuaded farmers and governments to reject golden rice.

Greenpeace promotes other worthy causes, such as mitigation of global warming, but the public assumes all their campaigns are worthy. However, the Nobel laureates’ letter charges that environmental activist opposition to GMF “based on emotion and dogma and contradicted by data”, according to the letter, is frustrating initiatives that could prevent needless suffering. The letter ends with a striking question: “How many poor people in the world must die before we consider this [opposition to genetically engineered biofortification of food] as a ‘crime against humanity’?”