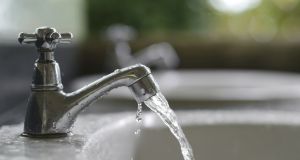 The study at Trinity College Dublin included almost 5,000 adults and found a positive link between flouride in drinking water and oral health.

Older people have better oral health if they live in areas where the drinking water is fluoridated, according to new research.

The study at Trinity College Dublin included almost 5,000 adults and census data from 2006. It found that those living in areas where the water included low levels of fluoride were more likely to have all their own teeth.

“This study shows a measurable positive relationship between fluoridation and maintaining a person’s own teeth,” said Prof Brian O’Connell, professor of restorative dentistry at the Dublin Dental University Hospital.

The adults were participants in Tilda, the Irish Longitudinal Study on Ageing. Launched in 2006, it includes more than 8,000 people aged 50 and older and resident in Ireland.

Tilda charts their health, social and economic circumstances over a 10-year period. The 2006 census showed about 84 per cent of households have fluoridated water supplies.

The dental health of the participants was assessed and also their bone density. This was checked because fluoride has the potential to increase bone mass, but the researchers found no association between the use of fluoridated water and bone density.

Water fluoridation started in Ireland in 1964 as a way to contribute to better oral health in children but there had been little research to gauge any effects of fluoridation in later life, Prof O’Connell said.

Some people continue to oppose water fluoridation because of claimed health impacts and a number of councils have voted against the use of fluoridation or asked for further health studies.

The Government asked the Health Research Board to undertake a fresh look at national and international studies on the use of fluoridation. Yesterday, the board said it would publish its findings by the middle of next month.

There were reports saying fluoridation was safe but also reports saying it was unsafe, said Mary Hilary, secretary of the Fluoride Free Water Group Ireland, which campaigns against fluoridation. “But those with negative findings don’t tend to get a lot of publicity,” she said.

The Tilda study was the lead-in to a more substantial study looking at the health claims being made by the anti-fluoridation groups, Prof O’Connell said.

The Tilda cohort would be used to study claimed impacts including changes in bone density, the cardiovascular system and diseases of the metabolism.