Dutch men and Latvian women are the world’s tallest 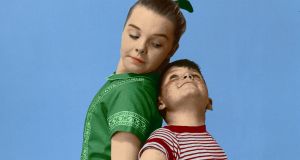 The tallest men on the planet come from the Netherlands, while the tallest women are from Latvia, according to a new study. File photograph: Getty Images/iStockphoto

The tallest men on the planet come from the Netherlands, while the tallest women are from Latvia. And while the Irish don’t make the top 10 for height, we are not the shortest by a long shot, coming in 20th place for men and 24th for women out of 200 countries.

The numbers for this height leaderboard come from a massive international study that brought in data from 1,472 population surveys with height information on 18.6 million people.

The numbers spanned a 100-year period and included statistics on people who turned 18-years-old between 1914 and 2014.

The average Dutchman stands at 182.5cm, while Latvian women have an average height of 170cm.

With numbers like those Ireland may not be the first port of call for anyone putting together a basketball team but, today, the average Irish man is not that far behind, standing at 178.9cm, while the typical Irish woman stands at 165.1cm.

Prof Majid Ezzati, of the Imperial College London, led the huge study, but it was an international effort with 800 scientists from around the world, including Ireland.

The details are published today in the peer-reviewed journal eLife.

The report records the tall and the small, but it also reveals countries whose populations over time have stopped growing or may even have begun to shrink over the past 30 to 40 years.

The US was one of the first high-income countries to plateau in this way, the authors of the study say. It has also happened in the UK, Finland and Japan.

But height continues to increase in Spain, Italy, Latin America and East Asia, the team from Imperial reports.

Good nutrition and positive environmental factors contribute to a person being taller, but genetic factors also probably play a role, the researchers say.

The mother’s nutrition during pregnancy is also important.

The study also looked at how the incidence of obesity and diabetes has steadily increased over the 100-year span and the numbers are not good for developed countries, including Ireland.

Diabetes incidence here, between 1980 and 2010, doubled for women and tripled for men.

Projections suggest 38.4 per cent of men here will be classed as obese by 2025, while 9 per cent will have diabetes.