Career opportunities – those set to knock in the future

Want to be a mind miner? Why not a a CSI gut expert? Unveiling those jobs to come 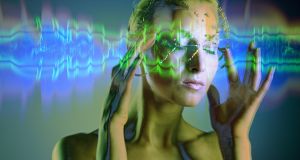 Mind mining may be a career of the future, something that would be based on the use of big data computer analysis and artificial intelligence. Photograph: Getty Images

What do you want to be when you grow up? Maybe a “mind miner” who reads a person’s mind to understand how they think. Or maybe a new kind of CSI investigator who profiles a suspect not on their description but on the bugs that live in their gut?

These and other completely new kinds of careers are beginning to emerge from scientific research being done here and abroad. Their discoveries are moving across into practice and the result is job descriptions that never existed before.

The rapid progress of science and technology means that an estimated 60 per cent of the jobs available 10 years from now have not even been invented yet, said Prof Mark Ferguson, director general of Science Foundation Ireland.

This also means that students with Stem skills (science, technology, engineering and mathematics) will be in “high demand and well paid”, according to Prof Linda Doyle of Trinity College Dublin.

Irish researchers were asked by the science foundation to crystal-ball gaze and predict the careers that might emerge in the coming decade.

Dr Jim Duggan at NUI Galway suggested the possibility of mind mining, something that would be based on the use of big data computer analysis and artificial intelligence.

It would involve building a computer model that could mimic a person’s thought patterns and decision making.

Prof Fergus Shanahan, director of APC Microbiome Institute Cork proposed a CSI investigator whose analysis would be based on studying a person’s “advertismentbiome”, the mix of bacteria that live inside of us.

This new type of forensic scientist would track a person based on their bacterial mix.

Prof Doyle predicted the arrival of a new kind of architect, one that designs buildings but does so in the context of a “smart city”. This would mean the “internet of things” allow a building to interact with the people living in it and with other connected objects.

The use of drones has rocketed and the only way is up for these devices, leading Dr Conor Cahalane of NUI Maynooth to propose a new career as a drone air traffic controller.

Someone will have to keep control over the “highways and flyways of the future”, he said.

CSO applicants tempted by Stem careers can submit a “change of mind” request, but will have to hurry as the deadline for a change is July 1st.

Have a look at the options at SmartFutures.ie and CareersPortal.ie to see what Stem courses are available.