Scientists in France claim to have accomplished ‘Inception’-like brain manipulation 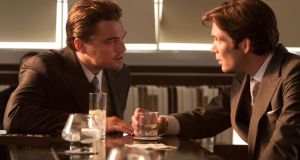 Artificial memories can be created during sleep, which then become “real” once the sleeper awakes, new research suggests.

The process has recently been shown to work in mice, although this is no indication that it could be used in human subjects.

The 2010 film Inception explored the possibility of imposing false memories on a sleeping subject. While this was a difficult achievement in the film, the process has been cracked in mice by a team in France led by Prof Karim Benchenane of France’s National Centre for Scientific Research.

Mice moving about in a given space map out where they are using “place cells” in a part of the brain were memories are stored, the hippocampus.

The maps are made during the day but are replayed during sleep, the scientists explain in a paper published on Monday in the journal Nature Neuroscience.

When the place cells for this location became active during sleep the team also stimulated the part of the brain associated with reward.

When they woke, the five mice spent more time in the location linked with reward, perhaps expecting a real reward to appear. The two mice who didn’t get the reward stimulation did not respond to the location.

This the authors conclude suggests that an “artificial memory” had been formed in the mice as they slept.

Humans also have a hippocampus where memories are stored and also parts of the brain associated with reward. It was unknown whether this could be repeated in humans however, the authors say.