Antidepressant use among children increases by almost 30% 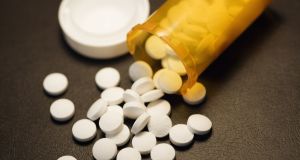 “Drugs are being prescribed more, there’s no doubt about that,” said Prof Ann John, leading author of the study. Photograph: Getty Images

Antidepressant prescription to children has increased by nearly 30 per cent over a 10-year period, a new study from Swansea University has found.

Worryingly, these antidepressants were also prescribed to children showing no symptoms of depression but suffering from other afflictions such as anxiety and pain.

“Drugs are being prescribed more, there’s no doubt about that,” said Prof Ann John, leading author of the study and a qualified GP. The results were presented yesterday at the British Festival of Science.

More than half of the children showed symptoms of depression, while other children were given them after presenting with symptoms of anxiety and pain. A small percentage also received the drugs for other disorders such as enuresis, ADHD and autism.

“It may be that we’re overprescribing and over-treating,” Prof John said.

However, she believes the results could also reflect an increase in awareness of depression and the importance of treating it. “This could be an indication of better treatment; people could be getting what they need.”