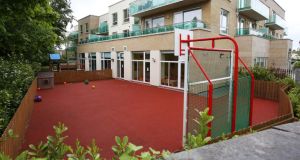 Parents can see the inspection reports on creches their children attend in one of two ways: by either asking the creche for the latest report or seeking it through the Freedom of Information Act. Publishing the reports online will give parents greater choice and transparency when choosing creches but campaigners question what the reports actually show.

Inspectors are public health nurses and environmental health officers and are not trained to assess the quality of care being provided, says Toby Wolfe, acting director of Start Strong, which campaigns for better childcare. Most of the report focuses on hygiene, the amount of space provided and the ratio of carers to children but won’t necessarily pick up if there are problems such as those alleged in RTÉ’s footage filmed at three creches. “If you have an appropriately qualified inspector who is trained they should know what sort of questions to ask which are more likely to give an assessment of the care provided,” he said.

Requiring creches to register before they set up would address some of the basic issues that inspections focus on and leave inspectors to monitor the quality of care more closely, said Wolfe.


Nursing home model
A system for childcare providers should emulate the model for nursing homes developed by the Health Information and Quality Authority which is online and a good guide for people seeking care for the elderly, said Fergus Finlay, chief executive of Barnardos.

The HSE said the 4,472 preschool service providers were inspected every 18 to 24 months. Last year 2,644 routine inspections took place. “The vast majority of the services inspected were found to have dedicated staff committed to providing a safe and nurturing environment for young children,” it said.


Controversy
The controversy surrounding the three creches filmed by RTÉ also highlights concerns about the staff employed. Salaries are low, averaging €10.50 per hour, which is not much above the minimum wage of €8.65 an hour. Even staff educated to degree level are not paid much more, earning just €11.24 per hour.

There is little incentive to get trained up, says Wolfe.

“People are funding themselves to be trained but the wages are low, there can be poor working conditions where they find themselves laid off during the summer when the free preschool scheme does not apply; there is little job security and there is no financial incentive to train. So it’s no surprise that a quarter of all workers are unqualified,” he adds.

Early Childhood Ireland, which represents more than 3,300 preschool, full daycare and afterschool providers, wants to see a training fund set up and mandatory levels of qualifications. “Parents need to be able to go to work with peace of mind. The birth rates are going up and the Government has no choice but to address this,” said Irene Gunning, chief executive of Early Childhood Ireland.

While Minister for Children Frances Fitzgerald says she wants to see reform of inspections, more training and a requirement for registration, others are questioning the model of having creches as businesses. “This issue really throws up questions around a private system for childcare. This system makes regulation more difficult and monitoring of standards more difficult,” said Orla O’Connor, director of the National Women’s Council.

Finlay said there was a dilemma in expecting childcare to be affordable for parents yet profitable for those running it. “I do think we need to have a long, hard look at the for-profit model,” he said.

1:01 Rescuers rush to save 270 stranded pilot whales in Australia

2:52 'Wet pubs' outside of Dublin re-open after six months of closure