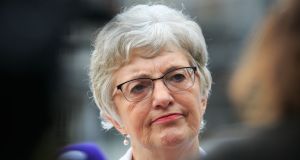 The Supreme Court ruling that the ban on asylum seekers looking for work is unconstitutional “will change lives for the better”, according to Minister for Children and Youth Affairs Katherine Zappone.

Ms Zappone told The Irish Times she was “delighted” with the landmark decision on Tuesday upholding the appeal of a Burmese man who spent eight years in direct provision against the ban preventing him from working.

She said Tánaiste and Minister for Justice Frances Fitzgerald and Minister of State for Justice David Stanton had already been working on “identifying options for, and barriers to, asylum seekers accessing the labour market in certain circumstances”.

The seven-judge Supreme Court unanimously found in his favour but adjourned the matter for six months to allow the legislature to consider the matter.

Mr Justice Donal O’Donnell said that while the State can legitimately have a policy of restricting employment of asylum seekers, section 9.4 of the Refugee Act does “not just severely limit” the right to seek work for asylum seekers, but “removes it altogether”.

Welcoming the judgement on Wednesday, Ms Zappone said: “It will change lives for the better”.

Earlier, Mr Stanton said there had been a “radical improvement” in the length of time people spent in direct provision.

He said a “programme of independent living” was being “rolled out across the centres” to allow residents to have access to self-catering options.

Self-catering was now in operation in Mosney, with further kitchens installed and becoming available for use in centres including Clonakilty and St Patrick’s in Monaghan.

A food hall had been open in Mosney since January, “which allows residents to acquire their own food through a points system”.

People Before Profit TD Bríd Smith said many asylum seekers were very educated and highly-trained individuals who had a lot to offer to society.

“With every hungry belly there’s a pair of hands and often a very good brain,” she said.

Ms Smith said the Government should allow asylum seekers use “their labour and their brains” to make a difference and have a better life in Ireland, and was critical of current policy.

“It is absolutely racist and wrong,” she said.

1 Joe Biden does not want to see guarded Border in Ireland after Brexit
2 Bloomberg ranks New Zealand top in fight against Covid-19 - but how did Ireland fare?
3 Stir-crazy Dutch holidaymakers set to descend on Caribbean island
4 Shops, hairdressers and hotels expected to reopen next week
5 Covid-19: Museums, cinemas set to reopen next week as Varadkar warns of New Year restrictions
Real news has value SUBSCRIBE