Why is the John McNulty affair so important? 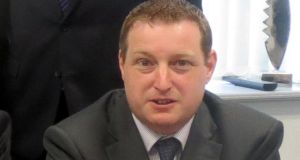 There are three byelections taking place next week. All have been occasioned by TDs and Senators getting elected to the European Parliament and resigning their seats in the Oireachtas.

Two are for Dáil seats and the third is for the Seanad. In the normal course of events, the Seanad byelection would merit hardly more than a footnote, as nothing really turns on it.

A bad result in a Dáil byelection often has consequences. In the past, it has even led to leadership change.

The reason is the cack- handed handling of it by Fine Gael.

Firstly, there was the decision to cut corners and get a candidate, John McNulty, on to the board of the Irish Museum of Modern Art to boost his credentials for the Seanad Culture and Education Panel.

McNulty’s knowledge of modern art is probably close to zero, but it didn’t stop unnamed officials asking Heather Humphreys, the hapless Minister for Arts, to appoint him with the kind of speed that, if it were sprinting, would be up there with Usain Bolt.

Humphreys appointed another Fine Gael person, Sheila O’Regan, to the board, which meant the numbers were odd (boards can’t have even numbers).

At least O’Regan is better qualified. The Limerick Leader described her this week as having “a lifetime’s association with the arts, history, cultural and heritage matters and a dedicated promotion of the arts.”

During the week we have seen apologies for unspecified actions, excruciating interviews with Humphreys, transference of the blame to unnamed officials, and the effective withdrawal of McNulty’s candidacy.

And now, in a bizarre twist – and making a mockery of all that has been said – a large number of Fine Gael TDs (as well as Labour deputy leader and Minister for the Environment Alan Kelly) say they are still going to vote for McNulty, even though both parties have accepted that his selection process was tainted.

For visceral and partisan reasons solely.

John Deasy’s exhortation to colleagues to vote for McNulty seems to undermine the argument he has been making for 10 days.

If McNulty gets elected next Friday, it may prove to be a Pyrrhic victory – and may again refocus uncomfortable attention on Kenny’s judgment and authority.