West Tyrone: Three SF, one SDLP, one DUP and one UUP MLA elected

Turnout dipped below 60 per cent for the first time (59.86 per cent) in the constituency 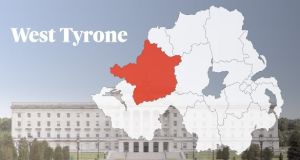 It’s all over in West Tyrone. Three Sinn Féin MLAs have been elected: Barry McElduff, Michaela Boyle and Declan McAleer.

After a very long day of counting on Friday, Daniel McCrossan of the SDLP and the DUP’s Tom Buchanan were elected on Saturday morning.

Mr McCrossan won the first seat in the constituency after eight counts, with Mr Buchanan being elected after the following count.

Ross Hussey of the UUP was also elected.