Opinion: A global economic system based on maximising profit is obviously flawed 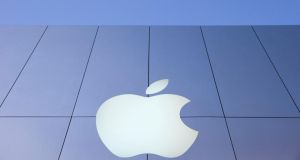 Taoiseach Enda Kenny must be pleased that his oft-repeated desire that Ireland would become the best small country in the world in which to do business, has been vindicated by Forbes magazine. But should the rest of us be so delighted?

Or is it more than sad that one of the reasons cited for our attractiveness as a destination for companies was our “stubbornly high” rates of unemployment, which give companies a large labour pool from which to pick?

In other words, one of the factors that make us attractive to international business makes life miserable for many Irish citizens. “The best place in the world to do business” must also sound particularly hollow to our citizens forced to emigrate, or our families with children with special needs.

Could Forbes’s comments also be translated as saying, to borrow George Lee’s words at the Magill Summer School, that “Ireland is great at facilitating multinationals’ desire to maximise and retain profits”?

Apple, for example, has taken aggressive tax avoidance to new heights by becoming virtually stateless. When Apple chief executive Timothy Cook appeared before before the US Senate Permanent Subcommittee on Investigations this year, he was completely unapologetic about Apple having paid almost no taxes on about $74 billion earned outside the United States. Apple had done so through a complex but perfectly legal set of subsidiary companies, in which Ireland featured as a central player.

Tax haven
It is, of course, damaging to Ireland to be perceived as some kind of tax haven, so Michael Noonan is bringing forward legislation to force “stateless” companies incorporated in Ireland to declare a tax residency in another jurisdiction or become liable for Ireland’s 12.5 per cent corporate tax rate in 2015.

As a small, open and incredibly vulnerable economy, it could be argued that we are far from being in a position where we can afford to be sniffy about the 160,000 jobs, and the €19 billion spent in our economy by multinationals.

But these are pittances in comparison to the levels of profit being made by these companies. And a global economic system based on maximising profit for shareholders is fundamentally flawed and blind to the impact on the planet.

For a brief moment after the global economic crash, it looked as if the world might sober up enough to really look at alternatives to our current economic system. But the moment passed, and we are continuing to ignore the dangers of climate change and resource depletion, and even rejoicing at the rise in house prices, as if we have learned nothing about boom and bust.

Phillip Blond, author of Red Tory, was in Dublin this week addressing a seminar with Lucinda Creighton on the question of political reform. Forbes’s ranking of Ireland reminded me of Blond’s analysis of how the market and the state have entered a kind of unholy alliance. He claims that “in a uniquely Anglo-American fashion, it was decided shortly after the election of Mrs Thatcher in 1979, that the interests of the state and the market were synonymous”.

If our aim as a society is only to be “the best small country in the world in which to do business”, then we have obviously decided the interests of the state and the market are synonymous in Ireland, too.

Blond is critical of both the left and the right, and says that a “naive market fundamentalism allowed the banks to game the state and rig the market”.

We are still reeling from that gaming, and it is somewhat pathetic that the way we are attempting to recover is to beg to be allowed back into the game. As Blond puts it, “the same model that caused the crash is supposed to get us out of it again”. He proposes a different model, one based on mutualism and co-operation, employee ownership and the common good.

He is trying to resurrect ideas like virtue, which he describes as “values and practice combined”. He describes contemporary Britain as “listless and indifferent”and “sliding into a post-democratic culture of passive consumption and political acquiescence”.

We are not too far off that in Ireland. There has been much talk of a new political party in Ireland, which may or may not come about. However, in fairness to Lucinda Creighton, she has been talking much more about a new way of doing politics.

Strangled thinking
It is a far more important issue. There are obvious problems with our whip system, which strangles innovation or independent thinking, and also with our excessively centralised government, which is effectively run by four men.

As the state grows more authoritarian and the market more dominant, the other ways in which societies organise, most fundamentally as families, and then in civic organisations like churches and trade unions, become weaker and weaker.

Breaking that pattern, which has led to a severe decline in social capital, will take courage and innovation. That will only happen when we see politics less as a game, and a boys’ game at that, and more as a way of attempting to make life better for everyone, not just international business.