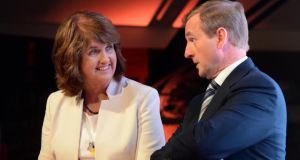 Support for the Fine Gael-Labour Coaltion has dropped, according to an opinion poll published on Sunday.

A Red C poll for the Sunday Business Post also show that the Yes side still holds the lead the same-sex marriage referendum campaign.

Support for same-sex marriage is at 78 per cent, with 22 per cent against, when undecideds are excluded.

However, the poll also shows one third of voters have significant doubts about the proposal.

Fianna Fáil is up one point to 19 per cent and support for Independents and others has fallen by two points to 26 per cent.

The poll shows that support for Sinn Féin has increased by five points to 22 per cent, as the party regains ground following recent sex abuse controversies.