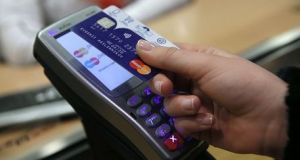 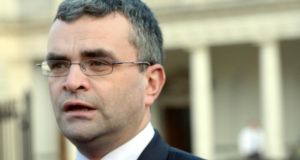 Fianna Fail’s Dara Calleary: “I submitted the questions when the Console controversy came to light . . . and the use of credit cards in that agency. The aim was to ensure that proper scrutiny was in place.” Photograph: Brenda Fitzsimons

Information released to Fianna Fáil spokesman on public expenditure and reform Dara Calleary show how much was spent by bodies under the auspices of Government departments in 2014 and 2015.

However the Departments of Health, Housing and Foreign Affairs did not release details of spending by State bodies under their remit.

Mr Calleary said he requested the information in July but only got it at the end of November.

He said: “I submitted the questions when the Console controversy came to light . . . and the use of credit cards in that agency.

“The aim was to ensure that proper scrutiny was in place and that any discrepancies could be identified. The refusal of the three departments to compile and release the information is worrying.”

Mr Calleary requested the spend by each department, the State bodies under their remit and the third-party agencies they fund.

However only one Government department – Arts, Heritage and the Gaeltacht – gave information about third-party agencies.

The Fianna Fáil TD for Mayo said it was concerning that this level of detail was not available to the departments.

The figures released to Mr Calleary by parliamentary questions show the biggest spend for State bodies is under the remit of the Department of Transport, Tourism and Sport.

Bodies under the Department of Communications, Energy and Natural Resources spent €1,127,350.53 over the two years.

However it is expected it would be significantly higher if the Departments of Health, Foreign Affairs and Housing were included.

In his reply to Mr Calleary, Minister for Housing Simon Coveney said the credit card spend was an operational matter for the organisations themselves.

Mr Coveney said: “Third party agencies in receipt of funding from my department are governed by a range of provisions and controls associated with such funding, including the requirement that funds are used in accordance with the relevant framework agreements which address financial matters and also the requirement to prepare and seek approval for audited financial statements in accordance with all relevant Government circulars.”

In total there were 361 credit cards in circulation across the State agencies in 2014 and an additional 37 in 2015.

The Disabled Drivers Medical Board is the only body under the Department of Finance remit and it had no expenditure or credit cards.

Waterways Ireland, Aquaculture Licences Appeals Board, Tusla, the Army, Competition and Consumer Protection Authority, the Institute of Public Administration, Social Welfare Tribunal, CIE and the Pensions Council did not use any credit cards.

Cards are issued to private secretaries and secretary generals in the department and are checked by the department’s finance officer.