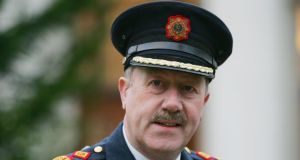 The Fennelly Commission said then secretary-general of the Department of Justice Brian Purcell’s evidence was that he was asked to convey to former Garda commissioner Martin Callinan the gravity with which the Taoiseach viewed the matter of the Garda telephone recording systems, and to ask him to consider the situation. File photograph: Bryan O’Brien/The Irish Times

There was “sharp” controversy between the five attendees at a meeting the night before the retirement of former Garda commissioner Martin Callinan on what message the then secretary-general of the Department of Justice, Brian Purcell, was to convey to him.

The Fennelly Commission outlined how the meeting, on Sunday, March 24th, 2014, was attended by Taoiseach Enda Kenny, Attorney General Máire Whelan and secretary-general to the Government Martin Fraser, and was later joined by former minister for justice Alan Shatter and Mr Purcell.

The commission said Mr Purcell’s evidence was that he was asked to convey to Mr Callinan the gravity with which the Taoiseach viewed the matter of the Garda telephone recording systems, and to ask him to consider the situation.

“This view is largely supported by Mr Shatter and, effectively, by Mr Fraser. The Attorney General and the Taoiseach, on the other hand, say that Mr Purcell, while conveying the gravity of the Taoiseach’s concerns, was also asked to obtain the views of the commissioner.”

No note or record

The commission said it was on this crucial point that it was “most unfortunate and, indeed, extraordinary that there was no note or record, of any sort, to resolve the matter”.

“The Taoiseach, the head of the Government, instructed the secretary-general of the Department of Justice to deliver a message about a matter considered to be of the utmost national gravity to the head of the national police force, the commissioner of An Garda Síochána. Yet there is not available to the Government, in any of its aspects, to this commission or to the public, any written record to verify the nature of that mission.”

The commission said it was “left in the position of having to reconcile conflicting sworn evidence from responsible Ministers and officials at the highest level in the State. It can only register its astonishment at a system of administration which apparently quite deliberately adopts a practice of not keeping any record of a meeting where an important decision is made.”

None of the five statements gave a precise list of the concerns to be conveyed by Mr Purcell, the commission said.

The most significant question – and the one on which the evidence diverged most – was whether the concerns to be conveyed by Mr Purcell to the commissioner included “a concern that the Taoiseach might have difficulty in maintaining confidence in the commissioner, once these matters were disclosed to the Cabinet, the Dáil and the public”.

All five participants had co-operated fully and without hesitation with the commission, it said. In his evidence, the Taoiseach told the commission he was “shocked” at the information presented to the meeting by the Attorney General, which included the taping of calls to Garda stations all over the country for many years.

He was also of the view that there could be no equivocation about the taoiseach of the day expressing confidence in the Garda commissioner.

The commission found the then commissioner was aware by October 29th, 2013, of the existence of certain non-999 telephone recordings from Bandon Garda station, the content of which had potentially serious implications for the Ian Bailey case against the State and, if made public, severe consequences for the reputation of An Garda Síochána.

It also found Mr Callinan had been told by November 11th, 2013, that systems for recording calls other than 999 calls had existed in Garda stations since the 1970s or 1980s.

“He was not aware of any reason, justification or policy in relation to the recording of such calls.”

He had been under an obligation from mid-November 2013 pursuant to section 41 of the Garda Síochána Act to ensure that the secretary-general and the Minister were fully informed of the matter brought to his attention concerning telephone recording at Bandon and elsewhere.

While he was not obliged to report in writing, a written report was appropriate in this case.

“The commission has come to the conclusion that, as a matter of probability, the commissioner did not report the matter verbally to Mr Purcell prior to 22nd November 2013.”

But it found that as a matter of probability, the commissioner did inform Mr Purcell of the matter of the telephone recordings by telephone on a date after November 22nd, probably referring to the Bailey case and the general recording systems.

“It is not, however, convinced that the commissioner conveyed to Mr Purcell any real sense of the importance of the matter. Mr Purcell has absolutely no memory of such a conversation.”

It had been an error of judgment for the Garda commissioner to postpone making a written report pending the gathering of facts concerning the number of tapes at Garda stations.

“In sending the letter of 10th March 2014, the commissioner unquestionably complied with his obligation to ensure that the secretary-general and the Minister were fully informed, though he was in delay.”

It found Mr Purcell should have shown the letter of March 10th to the then minister, shortly after it had been received.

“He should not have delayed for two weeks, although the commission notes his personal circumstances.”

Mr Shatter remained unaware of the existence of the March 10th letter about the recordings until March 25th and had “no effective knowledge of the issues raised in the letter until the evening of March 24th”.

The reporting relationship outlined in the Garda Síochána Act 2005 to ensure proper communication between the Department of Justice and An Garda Síochána did not work in this case because the then commissioner was not adequately informed by his management team regarding the details of the telephone recording issue; the commissioner’s verbal report to the secretary-general in November 2013 made no impact on the secretary general, and the commissioner did not submit a written report until March 10th 2014.

1 ‘It was pitch black’ - Rescued teenager describes night afloat with her cousin in Galway Bay
2 Aaron Brady, the man who said with pride he was a cop killer
3 Mike Pence fretting as Kamala Harris shakes up Republicans
4 Garda killer Aaron Brady will be almost 60 by time he leaves prison
5 Nine tenants evicted from north Dublin property by men in masks and dark clothing
Real news has value SUBSCRIBE