Second home tax defaulters face levies of up to €7,230 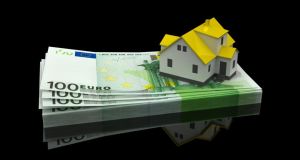 The Department of the Environment believes the second home tax has not been paid in respect of about 38,000 properties, or 10 per cent of those liable, since its introduction at a rate of €200 per year in 2009.

Thousands of people who have failed to pay a tax on second homes could face charges and penalties of up to €7,230 as the Government seeks to bring in some €150 million it is owed as a result of non-compliance.

People who fail to clear their liability in respect of the non principal private residence charge or come to a payment arrangement with their local authority by next September face having their balance increased by half under measures being introduced by Minister for the Environment Phil Hogan.

The charge, proceeds of which fund the local government sector, has for five years applied to any residential property in the State that the owner does not use as their main home.

It is being repealed in 2014 with owners of multiple properties instead paying the local property tax on previously eligible properties. However, liabilities for the charge will remain.

The Department of the Environment believes the charge has not been paid in respect of about 38,000 properties, or 10 per cent of those liable, since its introduction at a rate of €200 per year in 2009.

People who have failed to pay anything since its introduction are facing a bill of some €3,920 as a result of five years of flat-rate charges and late payment penalties, which now amount to €100 per month.

On that basis, those who have entirely failed to pay the charge are liable for a combined €148.9 million as of this month. Others who have paid the charge to some degree but still have a liability will face the same penalty, but the department said it was unclear how much was owed in this respect.

The measure is included in an amendment to the Local Government Reform Bill 2013, which allows for the balance to be multiplied by 1.5 before being frozen next September.

For a property which has been non-compliant since 2009, the total liability would stand at €4,820 by then and would rise to €7,230 as a result of the multiplier.

Mr Hogan says he believes the penalty is necessary to show compliant owners that they have made the correct decision, and to incentivise local authorities to enforce and collect outstanding liabilities.

The amendments also give local authorities the ability to write off part of the sum owed if they feel it is the best way to come to an arrangement with a debtor. Guidelines on this approach are being introduced to ensure consistency.

A department source said reductions in liabilities would be allowed on the basis of property owners demonstrating that they were experiencing financial hardship or unable to pay.

To incentivise those liable for the charge to come to an agreement with the authorities, the amendments allow for an amnesty on late payment penalties from March to August of next year.

Penalties for the six-month period would be applied to balances in cases where the debtor fails to enter in to a payment arrangement with their local authority.

Previously the Department found it difficult to accurately gauge the number of homes liable for the charge but this is expected to improve as a result of the local property tax database.