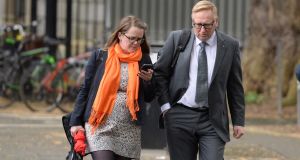 The board of Scouting Ireland has apologised for the “anxiety and hurt” caused by the recent safeguarding failings in the organisation.

“We do recognise that we have caused hurt, anxiety and fear” to parents, members, and the public, the board said in a statement to the Oireachtas committee on children and youth affairs.

The statement went on to “assure everybody in Scouting Ireland that we are working to make certain that we deal with the safeguarding shortcomings”.

Martin Burbridge, a senior volunteer appointed to oversee the response to the controversy, read the statement to the committee on Wednesday.

State funding to Scouting Ireland was suspended by Minister for Children Katherine Zappone over governance concerns, following reports in The Irish Times on the organisation’s handling of a rape allegation in 2016. A confidential review of the case by safeguarding expert Ian Elliott, completed in January, found the handling of the complaint was “deeply flawed”.

Meanwhile, a review of more than 800 past child protection case files held by Scouting Ireland, to be carried out by Mr Elliott, is due to be completed before the autumn.

There are 500-600 case files dating from the present to 2003, Mr Elliott told the committee on Wednesday. A further 300 historic cases date from before 2003. The files range from more minor complaints to allegations of child sexual abuse.

Scouting Ireland chief executive Dr John Lawlor said the youth organisation deals with about 70 safeguarding cases a year, 10 per cent of which would be “very serious”. The organisation has 40,000 juvenile members and 13,000 adult volunteers.

The review will see if there are any past cases which were not handled correctly, or any information that the organisation should have passed on to the Garda or Tusla.

Mr Elliott told the committee the reason the larger review had not started was “because of the volume of work” but it would begin in a number of weeks.

Mr Burbridge told the committee Scouting Ireland “got some stuff wrong”, and “better accountability and responsibility” was needed for both volunteers and professional staff.

The withdrawal of State funding, worth nearly €1 million a year, has had an “immediate and serious impact” on the organisation, Mr Burbridge said. “The financial situation is now grave with a requirement to place staff on protective notice in June,” he said.

In 2012 the organisation reviewed their past child protection case files, to examine if anyone previously removed from either the Catholic Boy Scouts of Ireland or the Scout Association of Ireland, were allowed to rejoin the body after they formed Scouting Ireland in 2004.

The review found one male volunteer removed over child protection concerns in the early 1970s had re-entered the organisation, which was “immediately dealt with by removing this person”, the committee heard.

Fianna Fáil spokeswoman on children Anne Rabbitte said the delay in beginning the audit of past cases was “unacceptable”. Mr Elliott said the work should be a “priority” as there had already been a delay in starting the review.

Last year the organisation referred 27 child protection disclosures to statutory agencies such as Tusla and An Garda Síochána, the committee heard.