Public servants set to gain €1,000 next year in pay deal

Similar pay boost for State employees on the table for 2017 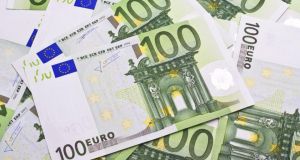 Public service staff are expected to receive a boost in earnings of about €1,000 next year under a pay restoration deal being finalised.

Public service staff are expected to receive a boost in earnings of about €1,000 next year under a pay restoration deal being finalised tonight.

The shape of the deal being considered would suggest State employees could receive a further, similar pay boost in 2017.

The Irish Times understands that trade unions and Government representatives are looking at completing a pay restoration agreement in the hours ahead.

The parties are understood to be looking at a two-year extension to the current Haddington Road accord.

The proposed deal would see staff earnings increased next year as a result of changes to the application of the existing pension levy.

Low paid staff could receive some pay rises while there would also be increases for public service pensioners.

In return staff would reaffirm commitments to solve disputes by peaceful means through binding arbitration.

It is understood unions have negotiated new restrictions on outsourcing in the public service.

A senior government source said it is understood the draft agreement involves “a recommitment to and extension of the Haddington road flexibilities and a strengthening of the mechanisms designed to facilitate change and reform the public service”.

“The relationship between pay and reform has been established and will not be broken.”