Analysis: Belfast Agreement has helped to make Northern Ireland a better place, but it has not been a panacea 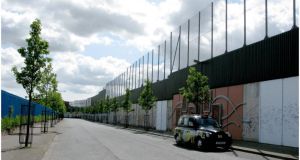 Northern Ireland is an incomparably better place now than when the Belfast Agreement came into being exactly 15 years ago. There is far less violence, far more politics, and an element of compromise where previously there was none.

However, despite impressive advances, no one would contend it has delivered absolute peace or perfect harmony. Street disruption still erupts, dozens of peace lines are still in place and the working class remains segregated in housing, education and many other ways. People still die.

Dissident republicans continue to kill, disgruntled loyalists still take to the streets. The Belfast Christmas flag protests resulted in more than 200 arrests during a policing operation which cost more than £20 million.

Plainly a great deal is still wrong and needs fixing. Nonetheless, it is worthwhile surveying how far the North has travelled.

The grim fact is that in the 15 years since the agreement, 130 people have died violently, roughly half killed by loyalists and half by republicans.

Yet the the much grimmer fact is that in the previous 15 years more than 1,000 people lost their lives. The paramilitary killing rate, in other words, has diminished from 71 a year to nine a year. Most recently the average has come down to four a year.

Even one death is one too many, and a statistical improvement is scant consolation for those who lose loved ones, yet this is indisputably better than the bad old days.

Another fact, as unwelcome as it is undeniable, is that Belfast violence goes back not just decades but centuries. One of the more cheerless historical milestones will come in July with the 200th anniversary of the city’s first sectarian riot. The city has been wracked with intermittent but often serious disturbances ever since: riots in 1886, for example, described as “closely akin to actual warfare”, caused 32 deaths. Serious disorder seems embedded in Belfast’s DNA.

No going back
Yet despite the riots and the dissidents, practically everyone believes things are getting better and that, despite setbacks, the improvement is irreversible. Practically everyone believes there will be no going back. When the agreement was signed politics took the form of politicians publicly snarling at each other and rarely speaking to each other privately. Now the Northern Assembly has functioned for some years and proved surprisingly stable.

The Executive is almost completely controlled by Peter Robinson’s Democratic Unionist Party and Sinn Féin. It wasn’t supposed to be like that: the original idea was that it would be run from the centre, with the Ulster Unionist Party and John Hume’s SDLP dominating. But a variety of factors, among them Hume’s illness, meant the DUP and Sinn Féin pulled well ahead of their rivals in the polls. Together they take 57 per cent of the vote and both continue to gain in every election.

The architecture of the agreement, designed by particularly shrewd people, meant that Belfast politicians were not required to trust each other. The make-up of the institution was governed strictly by arithmetic, and the numbers were compelling for Robinson and Martin McGuinness: to get power they had to co-operate.

To initial amazement, DUP leaders Ian Paisley and Peter Robinson formed cordial working relationships with McGuinness. These arrangements, put in place in 2007, have weathered a number of crises.

But the withering of the centre concerns many, as does the fact that there is no place in the system for an official opposition. There is also a pretty low opinion of politicians in general, with regular criticisms that they earn too much and do too little. The challenge is to do something about all this.

Everyone knows that something will have to be done about the inequality of dissatisfaction which has developed. Most nationalists and republicans reckon that things are going generally in the right direction, since they have benefited from the evolution of a much fairer society.

The old days of discrimination are long gone, and today nationalists wield substantial power not just in the upper reaches of politics but also in administration, the law and other areas. The demographics are also on their side as the Catholic population steadily grows.

But across the divide many unionists, while dutifully voting DUP in line with ancient tribal imperatives, are much less happy with the way things are going. There is a deep sense that Catholic rights have increased at the expense of Protestant rights. One of the most common complaints from flag protesters is the plaintive refrain that “the other side get everything, we get nothing”.

Protestant discontent
Many nationalists are dismissive of this, saying what loyalists really object to is the loss of unfair privileges. But right or wrong the sense of Protestant discontent is so striking that it is a problem for everyone. It is an issue that has clearly rattled the DUP, which is charged with putting the fortunes of the party ahead of the wider concerns of the Protestant working class.

There is a disconnect between the gilded corridors of the Assembly and the mean backstreets, and in the next few years much will depend on Robinson’s ability to soothe his disgruntled grassroots.

In post-agreement Northern Ireland the extremes are no longer as extreme as they used to be. A start has been made with the fledgling administration, with senior political figures steadily acquiring experience in the art of accommodation.

The agreement has provided a level playing field for the development and exercise of such skills but has not been a panacea. While it was vital in paving the way for progress, dismantling the peace lines and easing the segregation will take a generation or more.

George Mitchell, the former US senator who helped broker the agreement, once summed up the problem with a comment at once hopeful and cautionary. He said: “This has been centuries in the making; it will be years in the changing.”

David McKittrick has been reporting on Northern Ireland since the 1970s and is author of a number of books. He is one of the authors of the work Lost Lives , chronicling all those killed in the Troubles.