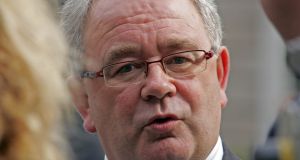 Seán Ó Fearghaíl (Fianna Fáil) is party chief whip and lives in Athy, Co Kildare. Aged 55, he is married to Mary Clare Meaney and they have one son and three daughters. With a background in farming, he started his political career on Kildare County Council, where he served from 1985 to 2003. He was senator on the agricultural panel from 1997 to 2002. Party spokesman on foreign affairs and trade, he was first elected to the Dáil in 2002, having contested since 1987. In the last Dáil, he was a member of the Joint Oireachtas Committee on Justice, Equality, Defence and Women’s Rights. He was also on the Committee on Procedures and Privileges.