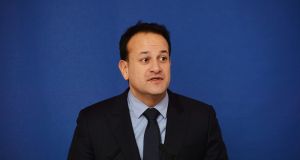 Minister for Health Leo Varadkar has condemned the “greed incorporated” in drug companies and said dealing with some of them brought out “whatever socialist instincts may be buried in me”.

His Dublin West constituency colleague and Socialist Party TD Ruth Coppinger had said ordinary people were held hostage by the “profiteering of these companies under our capitalist system. That is why I am a socialist and why I believe health should be a priority.”

She called on the Minister to negotiate a cut in the price of the new Orkambi drug for cystic fibrosis which the HSE estimates will cost €90 million a year. Ireland has the highest cystic fibrosis rate in the world .

Mr Varadkar agreed drug companies “overcharge and use patients as pawns” and in some countries hired PR companies to coach patients to advocate on their behalf. He said “these people also pay themselves massive salaries, draw down massive profits and pay massive dividends. They are people whose bonus every year is based on how much they can overcharge a small country.”

The Minister said they targeted small countries “and get the small country to set the high price and then offer bigger countries slight discounts”.

This, he said, “is a case of greed incorporated. While I am not a socialist, dealing with some of these companies would ring out whatever socialist instincts may be buried in me.”

Ms Coppinger and Independent TD Eamonn Maloney asked about the assessment of Orkambi for licensing in Ireland and the possibility of reimbursing patients for its high cost.

Mr Varadkar said assessment of the drug was underway and the Government had to treat every person equally. But he said the European Medicines Agency should decide which drugs should be reimbursed and “use the buying power of a union of 500 million people to ensure we get a fair price so we can treat more people”.