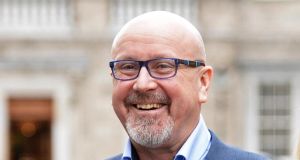 “No one watching Mark Coughlan’s report on Prime Time last Thursday night could have had a scintilla of confidence in the so-called EPA,’’ Labour Senator John Whelan has said. File photograph: Eric Luke/The Irish Times

“Instead, it should be a watchdog in the public interest,’’ he said.

Mr Whelan referred to the recent RTÉ Prime Time programme on the controversy relating to emissions from the Enva waste management facility in Portlaoise.

Local residents have been complaining about the odours coming from the plant.

“No one watching Mark Coughlan’s report on Prime Time last Thursday night could have had a scintilla of confidence in the so-called EPA,’’ said Mr Whelan.

“I do not, and I believe those at the top, including the director of environmental enforcement and the director general, should step aside if they have any respect for their jobs or the organisation they purport to represent.’’

Mr Whelan said the programme was a great example of public service broadcasting, but it should not have taken the perseverance of the journalist to bring the issue into public view.

He said three reports had been commissioned, and each time, the EPA had insisted everything was squeaky clean.

“One does not need to have won an award at the Young Scientist exhibition last week or be a rocket scientist to know that if one boils oil at 80, 90 or 100 degrees, the toxins and carcinogens emitted will not be good for people’s health,’’ he said. “This is wrong; it is a scandal and needs to be addressed.’’

Independent Senator Mary Ann O’Brien said Minister for the Environment Alan Kelly should attend the Seanad for a debate on the EPA.

“For 15 years, the residents around the Enva plant in Portlaoise have suffered from the effects of noxious fumes. They are powerless, as is Senator Whelan, to get anything done about it,” she said.

“We are discussing the issue of flooding, but air quality is becoming an issue we must think about every day. We must make a huge commitment to our environment from here on in.’’

Ms O’Brien said the environment ranked alongside jobs and health, as the health of the population was at stake.