Independent David Norris insists Ireland should have a State-owned airline 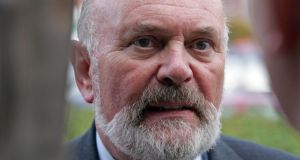 Fine Gael Senator Pat O’Neill said the sale of the Government’s Aer Lingus share was right for the airline and the country.

“We are a small island nation and connectivity to mainland Europe, the UK and the US is one of the most important things we have,’’ he said.

Mr O’Neill said commitments had been given by IAG on connectivity and the Heathrow slots.

Independent Senator Feargal Quinn said he had always felt a particular pride when he saw the Aer Lingus shamrock logo on an aircraft on the runway in a foreign airport. “The danger of losing that is something none of us wants.”

Mr Quinn said he was inclined to support the objective of the deal, having weighed up all the pros and cons. “It seems to be the best deal we can get,’’ he added.

Independent Senator David Norris said Ireland should have an independent, stand-alone and State-owned airline. “When the Fianna Fáil government denationalised Aer Lingus, I spoke and voted against that,’’ he added.

Mr Norris said some of the money from the sale should be set aside to resolve the disgraceful situation whereby deferred Aer Lingus pensioners had been squeezed out of their rightful entitlements.

Kathryn Reilly, of Sinn Féin, said the sale was wrong for Ireland: “Aer Lingus is worth infinitely more to Ireland than the €335 million the Government will get for cashing in on the 25 per cent stake that Fianna Fáil left the State with.”